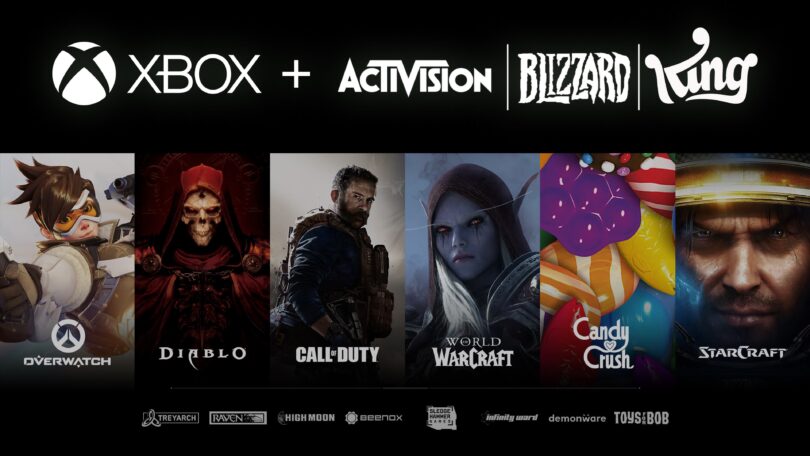 What just happened? The drama over Microsoft’s $69 billion attempt to purchase Activision Blizzard King has reached a new stage as the FTC has opened the biggest regulatory challenge Microsoft has faced in decades. The deal also faces pushback from British and European Union regulators.

The US Federal Trade Commission (FTC) announced on Thursday that it will sue to block Microsoft’s acquisition of Activision. The lawsuit doesn’t necessarily kill the deal, as Microsoft plans to fight it and stands a decent chance of winning.

The suit stems from fears that Microsoft might use the acquisition to hurt rivals like Sony by restricting or degrading access to Activision’s properties like Call of Duty, World of Warcraft, or Overwatch. As evidence, FTC Bureau of Competition director Holly Vedova cited Microsoft’s recent acquisition of Bethesda. Upcoming Bethesda titles like Starfield and Redfall won’t have PlayStation versions.

The FTC fears Microsoft would harm competition by worsening the experience of Activision’s games on rival platforms, changing their prices, or withdrawing them altogether. The commission’s statements echo Sony’s objections to the acquisition. Microsoft’s primary rival in the console space has repeatedly voiced concerns that it would either degrade Call of Duty on PlayStation or withhold it entirely.

Microsoft continually denies Sony’s claims. Earlier this week, Microsoft president and vice-chair Brad Smith said it would be “economically irrational” to stop releasing Call of Duty on PlayStation due to the number of customers who play it there. Smith also confirmed that Microsoft proposed a legally enforceable deal to keep the series available on Sony’s console for 10 years.

Microsoft also announced a commitment to bring Call of Duty to Nintendo platforms if the deal succeeded. In response, Sony accused Redmond of diversion tactics and called Nintendo a platform for “younger audiences” (despite the Nintendo Switch featuring many mature-rated titles like Doom and Resident Evil).

Activision CEO Bobby Kotick is confident that Microsoft will defeat the lawsuit. In an internal company email, Kotick said the FTC’s case is “focused on ideology and misconceptions about the tech industry.”

The acquisition requires approval from regulatory bodies worldwide. So far, only Brazill, Saudi Arabia, and Serbia have consented. The UK and EU are closely scrutinizing the deal due to the same concerns Sony and the FTC expressed. Even if Microsoft prevails against its legal challengers, the proceedings could drag beyond the merger’s expected closure date next summer.