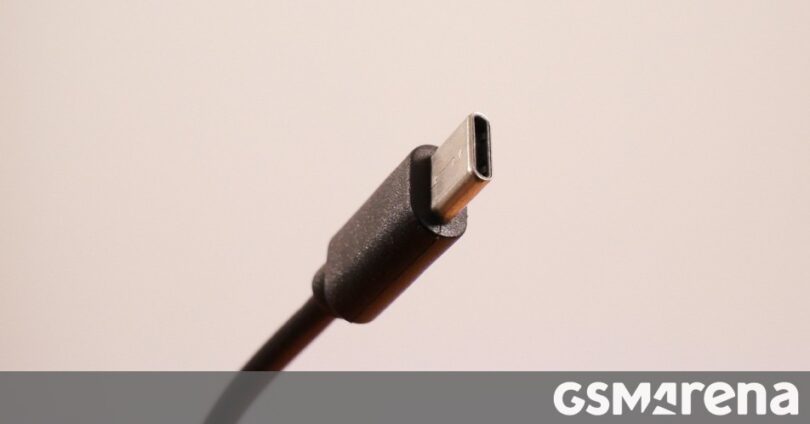 The battle for the smartphone wired connector is over and USB-C is the way forward. This multi-function port can do just about everything – it can charge devices, transfer data, handle audio and video output, it even lets you plug in accessories.

How did we get here? Well, for years now the European Union has been trying to coax electronics manufacturers into settling on a common standard to avoid the mess (and waste) that proprietary connectors create. Early on microUSB was the connector of choice, but with the arrival of USB Type C, or USB-C for short, the industry shifted over to the new standard.

And thanks to some EU regulation that comes into effect at the end of 2024, USB-C is mandatory for basically all portable electronics (with some exceptions for the smallest devices like smartwatches). Most smartphone makers readily adopted USB-C, just like they did microUSB before that. The one big holdout is Apple, which still uses Lightning on its iPhones, AirPods and EarPods – that’s it, everything else has moved on to USB-C, including the remote for the new Apple TV.

We think Apple’s lineup is a good illustration of why USB-C is so good. Lighting is essentially a USB 2.0 port. This means slow data transfers when syncing files between an iPhone and a computer or when moving RAW photos from a memory card to an iPad.

Did you know that there is actually a Lightning-based card reader that runs at USB 3.0 speeds? So faster transfers are possible, but apparently it is a difficult feat to pull off and only iPad Pros support it. And even then Apple never released a video adapter than can go above 1080p.

Lightning is also limited in how much power it can carry. The charger for iPhones top out at 30W, while Apple’s USB-C charger for the new MacBooks can output 140W. Okay, that’s not entirely standard, but it’s not even the maximum that USB-C can carry.

Let’s try to keep things organized and break down the major functions of USB-C one by one.

USB started life as a data port. USB 1.0 and 1.1 are dog slow and barely remembered now, USB 2.0 is still very much alive. USB-C has a total of 24 pins, 12 on each side (well, 22 pins, but let’s not get bogged down in details). Right in the middle is a single D+/D- pair, that’s the data connection of your typical USB 2.0 cable and is mandatory for USB-C. This ensures that all cables will have at least some connectivity.

The pinout of a USB Type C cable

USB 3 added additional pairs of cables for data transfer – there are four extra pairs in a USB-C plug. While USB 2 is limited to 480MBps, the extra cabling of a USB-C cable enables 10, 20, 40 and even 80GBps transfer speeds.

Another interesting application is carrying PCI-Express signals – this is basically a wired version of the PCIe slots on a computer motherboard. This has enabled external GPUs to be connected to laptops using a single cable.

Another popular use of USB-C is video output. DisplayPort is probably the most common use and USB-C has mostly replaced the old, large DP port. More importantly, it’s not data OR video, it’s data AND video AND power.

This allows a single device to connect to a hub that adds a standard HDMI port, multiple USB Type A and Type C ports, maybe a card reader, audio and mic jacks, etc. Such hubs are built into some monitors, allowing you to boot up a full desktop experience by plugging in a single cable. That’s quite handy for laptops, of course, but several smartphone makers offer desktop modes – Samsung’s DeX, Motorola’s Ready For, Huawei has one too. Even Apple has one, Stage Manager for the iPad Pros (which use USB-C, of course).

There are other options besides DisplayPort, MHL and HDMI adapters are available too. Some of these are active adapters that convert from one standard to another, but there are simple passive adapters too.

We will quickly mention audio here. USB can power an external DAC that you can plug headphones into. However, like with video out there is a passive option too – Audio Adapter Accessory mode.

USB-C has plenty of pins to work with and a few of those can be remapped to the cabling needed for a typical TRRS jack, so a simple passive adapter can connect a headset with a microphone. Note that this is purely an analog mode and digital circuits are disconnected to avoid noise.

The base USB standard has pretty low power limits (500mAh for USB 2.0), although most manufacturer’s don’t follow the standard to the letter so 10W adapters are pretty common.

Of course, manufacturers want their products to stand out and fast charging is one way to do that, especially now that smartphone batteries are several 3-6,000mAh in capacity. This led to many proprietary solutions like Qualcomm’s Quick Charge and Oppo’s VOOC.

The standard method, however, is USB Power Delivery (USB-PD for short). The initial version prescribed several voltages and current levels that could be supported – 2A at 5V, plus 3A or 5A at either 12V or 20V. This gave Power Delivery quite a wide range of 10W to 100W.

However, these fixed voltages require DC to DC conversion inside the phone to bring them down to something more suitable to the lithium battery inside. USB-PD Revision 2 introduced a couple of more voltages – 9V and 15V – but that wasn’t enough.

Revision 3 allows devices to talk to their chargers and request a specific voltage. It can range from as little as 3.3V to as high as 21V and it can be dialed in precisely with 20mV steps. Chargers that support this are marked “Programmable Power Supply”. This way the charger is the one dealing with the extra heat, not the phone (lithium batteries are don’t like it when things get hot).

The latest USB-PD Extended Power Range standard add more fixed voltages – 28V, 36V and 48V. This made the new maximum 240W of power (48V at 5A), which is enough for even beefy laptops (though phones are already close to the 240W limit). There is a new Adjustable Voltage Supply option too, which allows the device to gradually adjust the voltage between 15V and 48V in 100mV steps. Note that for safety reasons such powerful cables require a chip called an “e-marker”. This chip signals to the charger and phone (or laptop or whatever) that the cable is capable of carrying the extra power.

As much as we like USB-C, we can’t pretend it’s perfect. Our one major complaint is that while it has so, so many capabilities, not all devices and not all cables support everything. A lot of the features we mentioned above are optional.

The worst part of it is that it can be very difficult to figure out which devices and which cables support what. The USB-IF is trying to straighten things out with new labels that clearly indicate how much data and power a given cable can carry.

This should also fix our other complaint, the naming scheme grew to be an absolute monster. Did you know that there is no USB 3.0 anymore? That got relabled USB 3.1 Gen 1. But that doesn’t exist anymore either, it’s USB 3.2 Gen 1 now.

Things got even clunkier with titles such as USB 3.2 Gen 2×2. Ugh. Thankfully, all that will be replaced with the much clearer labels: USB 5Gbps, USB 10Gbps, USB 20Gbps and USB 40Gbps (and, presumably, USB 80Gbps soon). Much better.

As for power, there will be two levels – USB 60W and USB 240W. There won’t be a 100W label since apparently the difference between 100W cables and 240W cables is small enough that by the time the new labels come into play, it won’t make sense to sell 100W cables anymore.

USB-C has been great – we use it to charge our phones, laptops, headphones, shavers, flashlights and just about anything else that has a battery inside and fits in a backpack.

It has allowed us to create comfy workplaces at our desks with monitors, keyboards, mice and so on all coming to life by plugging in a single cable. And considering that the latest standards allow it to carry many times more data and power than the original specification, USB-C is probably not done evolving yet.

Will there ever be a USB-D? Possibly, but not any time soon. Will the world drop cables and go wireless? Probably not – it’s not an efficient way to charge. It’s not great for data either, 2.4GHz Wi-Fi is already painfully congested in apartment buildings and 5GHz is getting pretty crowded too, which has pushed the Wi-Fi Alliance to move into the 6GHz band.

For the foreseeable future USB-C is the one cable to rule them all.