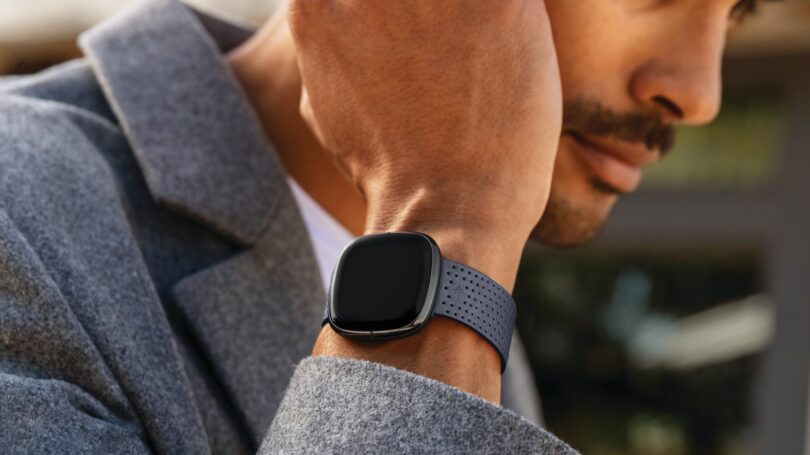 Fitbit has received approval from the US Food and Drugs Authority (FDA) for a new algorithm that can detect signs of an irregular heartbeat while you go about your day, and give you early warning of potential problems.

Both the Fitbit Charge 5 and Fitbit Sense have electrocardiogram (ECG) sensors that can detect signs of atrial fibrillation, but only when you activate the appropriate app on the watch and hold your fingers on the case for one minute.

The app can’t diagnose a heart condition, but if it detects a potential issue, it can generate a report that you can share with your doctor. However, it’s something most people might not take time to do regularly, and will only pick up irregularities that appear during the brief time you’re conducting a scan.

The new algorithm eliminates the need to take time out of your day to perform scans. Instead, your Fitbit will perform automatic checks at regular periods (roughly every two hours, depending on your activity levels) without any manual input. If it detects an irregularity, the watch will run several more scans to confirm it, then display an alert.

When is it coming?

We learned that Fitbit had applied for FDA approval in March, and now that it’s received the green light, the company is free to launch a watch with passive ECG monitoring in the US. It will still need approval in other countries to roll it out globally, but as we’ve seen in the past, the company often releases new devices with sensors temporarily locked in certain regions rather than wait for consent from international regulators.

We’re not expecting it to be a firmware upgrade, though. Although the Fitbit Sense and Charge 5 both have ECG sensors, they’re not in constant contact with the skin, so we very much doubt they’ll be compatible with passive ECG monitoring. However, you might not have to wait very long before you can upgrade to a watch with the necessary hardware setup.

In fact, passive ECG monitoring may be the standout feature of the Fitbit Sense 2, which we’re expecting to arrive around August this year.

Earlier this month, references to three new devices appeared in the installation files for the official Fitbit mobile app. Two of these (codenamed Hera and Rhea) appear to have square displays with the same resolution as the Fitbit Sense and Versa 3, while the third  (codenamed Nyota) is rectangular, like the Fitbit Inspire 2. All three of those devices launched simultaneously in 2020, so it makes sense that Fitbit would launch their successors at the same time as well.

We’re keeping our ears to the ground for news on all three watches, and will keep you updated as soon as we know more.

Cat is the fitness and wellbeing editor at TechRadar. She’s been a technology journalist for 12 years, and cut her teeth on magazines including PC Plus and PC Format before joining TechRadar. She’s a trained run leader, and enjoys nothing more than hitting the pavement and helping new runners achieve their goals. If you have a story about fitness trackers, treadmills, running shoes, e-bikes, or any other fitness tech, drop her a line.