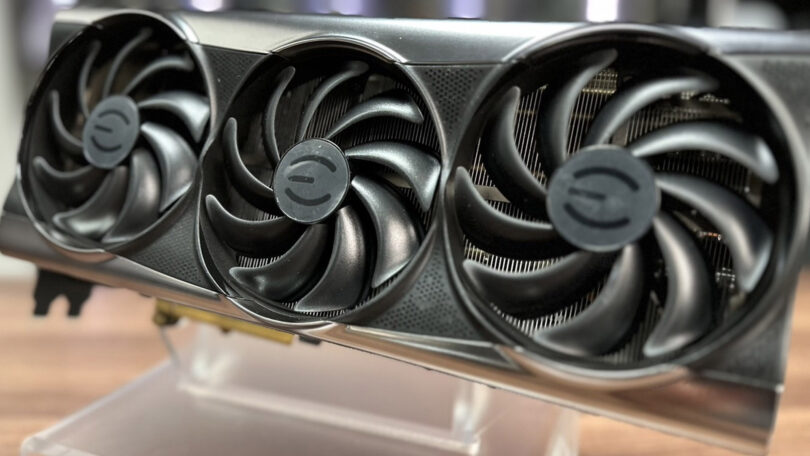 It’s been three months since prolific graphics card maker EVGA announced that it was ending its partnership with Nvidia and leaving the GPU market completely. The news sent a shockwave through the PC industry, solidifying long-standing reports of discontent among Nvidia’s manufacturing partners and contextualizing some of its high prices. As the very last EVGA graphics cards leave retailer shelves, the company is letting fans get a look into its inner workings.

EVGA invited GamersNexus (which broke the original story) to famed overclocker Kingpin’s engineering lab in Taiwan, giving gamers a seldom-seen look into how the sausage gets made. (In this metaphor, the sausage is a four-figure graphics card.) Along the way the company gives us a quick class in its corporate history, design philosophy, and some of the tools it uses to take Nvidia’s designs and push them to the limit with custom cooling and overclocking.

It’s a long tour, but fans of PC building excess will be particularly interested in one story: EVGA is where four-way SLI got started. You remember SLI, that Nvidia tech that let you use multiple graphics cards in one PC, before each one needed half of your power supply wattage and all of your rent to buy? Anyway, EVGA figured out how to get four super-powered cards talking to one another on one motherboard more than ten years ago, via an interesting BIOS hack. You can hear about it at about 8:30 in the video.

Elsewhere, the last remnants of EVGA’s graphics card business are starting to be revealed. GamersNexus got their hands on a prototype EVGA RTX 4090 that will never see a retail store shelf. But if you happen to have a soft spot for the company, and about ten thousand freakin’ dollars to spare, one member of the EVGA user forum is selling an EVGA-customized 4090, though it isn’t being called a 4090 after EVGA’s high-profile split with Nvidia.

The listing was spotted by PCGamer. All proceeds from the sale will be donated to St. Jude Children’s Research Hospital. At the time of writing, the highest unverified bid was $9,600. Good luck.

Michael is a former graphic designer who’s been building and tweaking desktop computers for longer than he cares to admit. His interests include folk music, football, science fiction, and salsa verde, in no particular order.