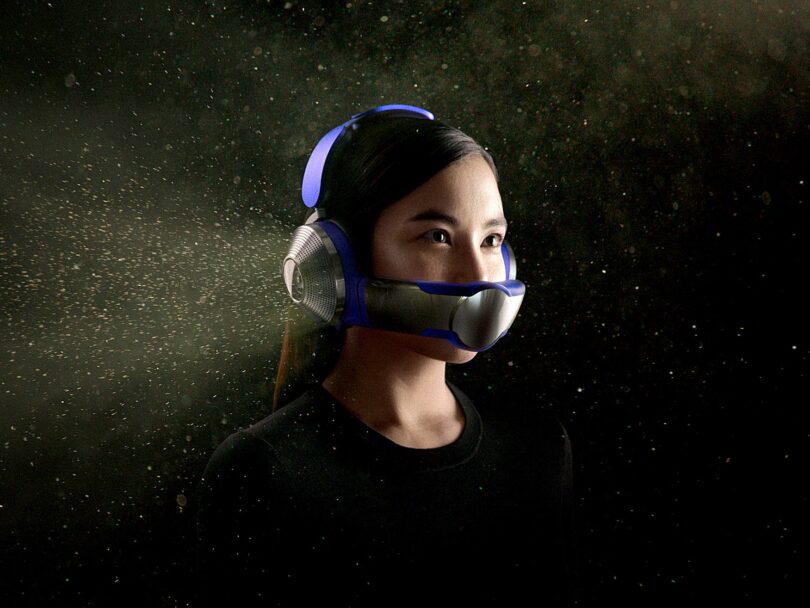 If you live somewhere with a great deal of air pollution, or are just eager to prepare for a dystopia where you have to shut your ears and mouth to the outside world, the Dyson Zone could be for you. The device—which combines a pair of headphones with a face-protecting air purifier—isn’t for sale yet, but the company has announced how much the Zone will cost when it does make it to shelves. Soon, this Daft Punk ball gag could be yours for only $950.

Dyson, better known as a vacuum brand than a maker of fashion accessories, has invested a great deal of time and effort into this wearable face gripper. While it may seem like a concept inspired by the pandemic, the Zone has actually been in the works for over six years. Dyson has made it clear that it does not mean for this to be a Covid protection device. What then, you may ask, is the point? The Zone is intended to filter out air pollution specifically, not viruses, and is being aimed at people living in cities or countries where rampant air pollution is all but inescapable.

Masks may be more en vogue in Western countries now than before the pandemic, but the Zone is still likely to be seen as an outlier. Whether Dyson—or any other tech-heavy mask maker—can convince the public to adopt their wearables is unlikely. Especially given the exorbitant price tag and the fact that it seems like everyone has just gone back to open-mouthed coughing in public again.

Here are some more developments in the world of consumer tech.

Put Google Chrome on a Diet

The most widely used internet browser is a massive resource hog. Soon though, Google Chrome will get an update with a pair of new modes that let you streamline how much power and RAM it sucks up.

Google is rolling out two separate resource-saving modes: Memory Saver and Energy Saver. The former will reduce memory usage in all those tabs you’ve got open but haven’t clicked on in a while. This way, background tabs won’t passively eat up memory while you’re focused on something else entirely. (Though you should still probably clean up your tabs.)

Energy Saver mode goes a step further. When it detects that your computer’s battery has dropped below 20 percent, it deactivates background tabs and also pauses visual effects and video on web pages you’re on.

In January of this year, Microsoft announced it was buying video game industry giant Activision Blizzard. It was a huge deal that was set to give Microsoft control over powerhouse franchises like Call of Duty, World of Warcraft, Overwatch, and Diablo. Now, the US Federal Trade Commission is trying to keep that deal from going through.

The FTC is suing Microsoft to stop its $69 billion purchase, citing antitrust concerns about consolidating so many gaming brands under one company. Microsoft has been on a game-studio-buying kick the past couple years, acquiring Skyrim and Fallout developer Bethesda in 2020.