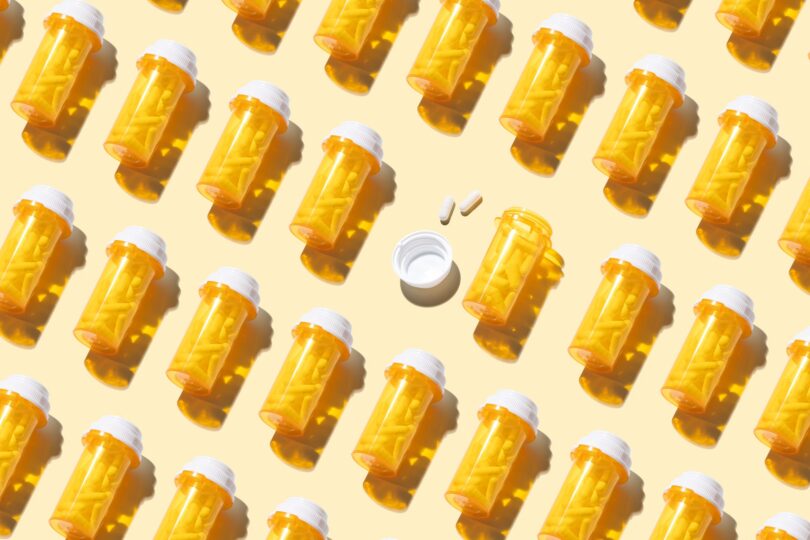 Parents of small children have faced a persistent problem this “tripledemic” winter: They’ve headed out to pharmacies and supermarkets, looking for cold drugs and fever reducers to counter Covid, flu and RSV, and discovered the shelves were bare. And it hasn’t just been over-the-counter drugs in short supply: The antibiotic amoxicillin, used to treat strep throat and scarlet fever, is scarce in the US and the UK.

What’s been worse: Discovering this isn’t a one-time interruption that might resolve quickly—with luck, while your child could still benefit. According to records at the US Food and Drug Administration, amoxicillin supplies have been low since the end of October, and pharmacy experts say colleagues were struggling with stock-outs from the beginning of that month.

And it’s not just treatments for seasonal infections that are out of stock. According to the FDA, 191 drugs—antibiotics, cancer treatments, anesthetics, Adderall, and other pharmaceuticals—are currently in shortage or in the process of being restored to the market. This isn’t a Covid-caused, temporary aberration. Experts have been ringing the alarm since at least 2011, and according to ASHP (formerly known as the American Society of Health-System Pharmacists), several hundred drugs sold in the US have been in short supply in every quarter of the past five years.

Put another way: The US drives drug innovation for the rest of the world, but it can’t keep what it develops on pharmacy shelves. It’s a stubborn problem—composed of procurement slowdowns, proprietary information, and policy shortfalls—that no one has been able to fix.

“The drug-shortage issue has bubbled up now because it’s impacting children, and parents are scared,” says Sterling Elliott, a clinical pharmacist and assistant professor of orthopedics at Northwestern University Feinberg School of Medicine. “But this is an issue that we have been managing in America’s health care system since 2011. There are a ton of medications that health care providers—hospitals, surgery centers, clinics—are always watching intensely.”

Coping with drug shortages is such a regular occurrence that “it’s almost its own subspecialty in pharmacy now,” says Susan Davis, who is an associate dean for pharmacy at Wayne State University. “It’s something that people have as part of their job description, trying to manage shortages, which is unfathomable.”

How did we get here? For sure, Covid helped—or rather, hurt. Especially during the pandemic’s first year, severely ill patients flooded ICUs, driving up antibiotic use and taxing supplies of the paralytics needed to keep people on breathing machines. On top of that demand shock, Covid also suppressed supply, taking out personnel at every stage of pharmaceutical production.

But persistent drug shortages predate the pandemic. Policy-makers began noticing spot shortages in the early 2000s, and by 2011 the problem had exploded; at the end of that year, researchers estimated that ongoing shortages plus new ones were stifling the supply of more than 300 different drugs. Several months later, President Barack Obama signed an executive order that was supposed to stem the problem. Among other things, it ordered drug companies to inform the FDA when they were about to cease making a product, which could leave a hole in the market. That order, backed up by a 2012 law, kick-started an FDA effort to monitor possible shortages more closely. In 2021, the last year for which it has data, the agency says it prevented 317 shortages by staying in close touch with manufacturers. (Agency representatives declined a request for an interview.)

Shortages persist because of complex structural problems. Take, for instance, one that the pandemic briefly made visible: the reality that many American medications are manufactured somewhere else, at the end of long supply chains. In some cases, the raw materials, known as active pharmaceutical ingredients, or API, come from offshore, primarily India and China. In others, the entire drug—raw materials mixed with other ingredients into a finished product—is made abroad by a contract manufacturing organization. “It’s possible that, even though there are three products on the market with three labels, it’s all coming from the same facility,” says Michael Ganio, a clinical pharmacist and ASHP’s senior director of pharmacy practice and quality. “There also could be three manufacturers that are all sourcing from the same API manufacturer. The transparency is not there.”

Transparency could begin to solve the problem. More information is a necessary first step for forecasting shortages and building a resilient system that can blunt their impact. It’s especially important because most shortages don’t occur among new blockbuster drugs, but among older ones that sell on thin profit margins. The supply of those drugs is most likely to be disrupted by contamination, mechanical breakdowns, or other production problems—because while the FDA requires manufacturers to keep production lines safe, it doesn’t require them to reinvest in equipment on any particular schedule to keep those lines running. The business case for investing in a legacy product is a lot less compelling than for a high-earning breakthrough one.

Advance warning that a production line is coming down, due to materials supply or manufacturing problems, could help regulators balance the market. But that kind of disclosure would require companies to divulge proprietary information. “It’s hard to legislate the free market, and most of the problems that need to be solved have some element of the free market,” says Erin Fox, who is senior director of drug information at University of Utah Health Care and leads a research team that supplies information on shortages to ASHP.

Fox is also part of a committee at the National Academies of Science, Engineering and Medicine that proposed reforms in a report last year. It lays out a series of prompts for federal actions, such as enlarging the National Strategic Stockpile, which currently holds bioterror-defense drugs, and carving out international trade compacts to preserve an uninterrupted flow of ingredients. It also proposes developing a federal rating system that scores companies on resiliency planning and disclosure. (A quality-rating system has been endorsed by an FDA report as well.)

For companies, the National Academies report recommends carrots rather than sticks, acknowledging that firms can’t be compelled to release private information and recommending incentives to persuade them to be more forthcoming. Those federal ratings, for instance, could be used by health care organizations to justify paying slightly higher prices for drugs’ as a reward for transparency.

Adoption would be challenging. “We’re constantly battling increasing drug costs,” Ganio says. “So it’s not easy to go to a hospital CFO or director of pharmacy and say, ‘Hey, we’re going to buy a product that’s costs a little bit more, but we think it’s a good investment.‘”

But, he points out, shortages already force health care organizations to pay more, directly in labor costs and indirectly in hits to patient safety. A 2019 study by the consulting firm Vizient estimated that US hospitals spend an additional $359 million per year on staff time and overtime to cope with shortages. That same year, Australian researchers identified 38 studies that found that shortages harm patients through longer waits for treatment, longer hospitalizations, bad reactions to substitute drugs, surgical complications, and in some cases preventable deaths.

Health care personnel think tackling the challenge would be worth it, to avoid the chaos that grips their systems whenever shortages arrive. “Every time, we have to come up with a protocol for what we’re going to use instead,” says Melissa Johnson, a professor of medicine at Duke University and president of the Society of Infectious Diseases Pharmacists. “What don’t we have this week? Can we identify alternate sources? Do we have to compound our own?”

Maintaining the status quo means failing to address the problem, and letting the burden of drug shortages fall on frazzled pharmacists—and sick children and panicked parents who can do nothing but wait.