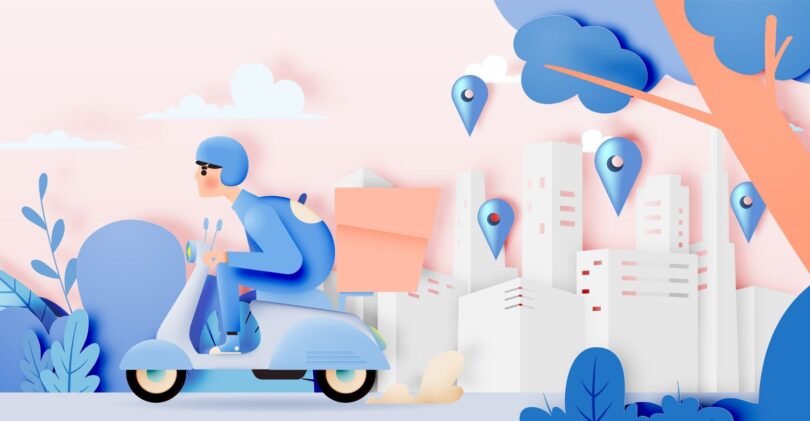 On December 5, a coalition of delivery platforms including Dada, SF Express’ intra-city delivery unit and FlashEx announced that they had reached cooperation with ByteDance’s Douyin to provide intra-city distribution solutions for food and beverage enterprises.

The random selection of distribution platforms by merchants has been put into trial operation for some time, Cailian Press reported, citing one hot pot merchant as a source. Dada, SF Express’s intra-city delivery unit and FlashEx can basically cover the main urban areas of a city with different pricing strategies.

Douyin previously reached cooperation with Ele.me to provide food ordering services for short video and livestream viewers. A group buying service provider said that Douyin chose to deepen local life services because its proportion of price-sensitive users is increasing. Although the total demand is shrinking, the rate of transforming audience into buyers will increase, and Douyin hopes to compete with its rival Meituan in terms of users.

Douyin claimed that it is piloting two methods, including Ele.me mini programs in the app and group purchase distribution to help catering merchants provide take-out services.

According to Dada, cooperation with Douyin enables consumers to receive goods even while watching livestreams. Different from the take-out experience provided by Ele.me, services from Dada, SF Express’s intra-city delivery unit and FlashEx are only for group purchasing.

In order to quickly increase its market share, the commission of Douyin has been lower than that of Meituan and Ele.me. With the introduction of new partners, Douyin will gradually increase the accuracy of its algorithm recommendation.

Douyin’s moves lead to direct competition with Meituan. In a telephone conference for the third-quarter report of Meituan, analysts paid close attention to whether Douyin posed challenges. The senior management team of Meituan has great confidence in the gross merchandise volume, stating that the firm meets the growth needs of users and helps merchants with online marketing, instead of simple promotions from short video platforms.