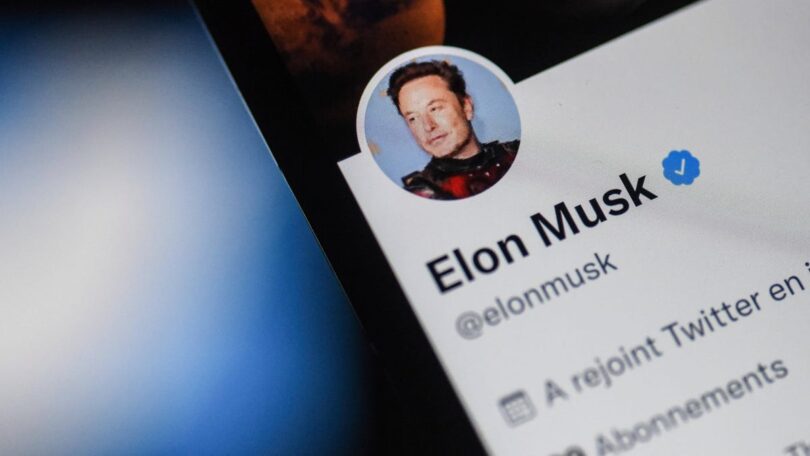 Earlier this month, dozens of civil rights groups advised top brands and marketing agencies to pause advertising on Twitter unless CEO Elon Musk offered serious assurances that he’d protect vulnerable users from a flood of harassment and hate speech. Now, those same groups are renewing their call for companies to cut ties with the platform, saying the site’s billionaire owner has already backtracked on the promises he had delivered in person just a couple of weeks ago.

A coalition of more than 60 organizations, led by Accountable Tech, Free Press, and Media Matters for America, are actively urging advertisers to withdraw their dollars from Twitter or to continue steering clear of it due to recent decisions and announcements by Musk that appear to green light hate speech on the platform.

The groups behind the call include the Center for Countering Digital Hate, the National Center for Transgender Equality, the Center on Race and Digital Justice, Muslims Advocates, and the NAACP, among more than 60 others. The groups say they met with Musk at the start of the month and that, while a number of commitments were made, they were quickly broken — not in the least by Musk firing roughly half of Twitter’s staff in advance of the 2022 midterm elections.

Although Musk remains defiant, the campaign, knows as #StopToxicTwitter, appears to be working in one regard. More than a third of Twitter’s top 100 advertisers have ceased promotions on the platform over the past two weeks, according to a Washington Post analysis published Tuesday.

The restoration of Donald Trump, suspended in 2021 after inciting a deadly insurrection against the U.S. government, appears to have been a breaking point for many of the digital and civil rights groups that had sought assurances from Musk. The revival of @realDonaldTrump exacerbated problems stemming from the mass exodus of software engineers and other top employees previously charged with tackling misinformation, hate, and extremism on Twitter, the groups said.

“Unless and until Musk can be trusted to enforce Twitter’s prior community standards, the platform is not safe for users or advertisers,” the coalition of groups said Monday. “For those still advertising on Twitter right now: know that you are contributing directly to an erratic billionaire’s decimation of Twitter and its rapid devolution into utter chaos.”

In an email Tuesday, the civil rights coalition said the “turmoil” at Twitter had also had “global ramifications,” adding that the social network’s inability to stave off threats against human rights abuses now poses “a dangerous threat to advocates and dissidents” across the world.

“At a time when the internet is increasingly being weaponized to attack Black people and destroy our social and political rights, Musk’s takeover of Twitter threatens our safety in both the virtual and physical worlds,” the national civil rights group Color of Change, as one example, wrote in a letter to advertisers shortly after Musk’s firing spree.

The group, which has joined others in demanding a “robust and transparent” content moderation process that protects users against hate-driven slurs and the harassment of people of color and the LGBTQ+ community, said that going after advertisers was a powerful tactic, as Musk will surely be required to keep companies “happy” if he’s ever to pay off the billions in debt he took on purchasing the platform.

The ramping up of the coalition’s campaign also comes in the wake of a mass shooting at an LGBTQ club in Colorado, which has spurred harassment of LGBTQ people on Twitter, especially transgender users. The attacks add to a flood of constant, malicious slander from right-wing political figures who are, week by week, relentlessly manifesting real-world threats and violence in communities across the U.S. without so much as a shred of sympathy or concern.

While there have been no textual changes to Twitter’s policies — which continue to claim, for example, that users are prohibited from inciting fear or spreading fearful stereotypes about people based on their race, gender or sexual orientation — Musk clarified on Friday that people engaged in this conduct would not find their accounts suspended. Rathers, the SpaceX and Tesla owner said, users targeting others with hate and discrimination would have their tweets automatically demoted.

The claim that Twitter will “deboost” extremism and hate speech across the platform is a highly questionable one — particularly since doing so competently would involve deploying technology that, at present, doesn’t seem to exist. Social media companies with more capital to burn than Twitter have struggled in vain for over a decade to develop algorithms capable of automating hate-speech detection. While those companies have often touted their successes in the press, researchers continually studying trends in online extremism say the problem remains rampant and undiminished, and is, by most accounts, accelerating.

Meta, a competitor with ten times the staff of Twitter, has, for example, spent a veritable fortune attempting to tackle the problem of hate speech over the past decade, striving to actually accomplish what Musk dubiously claims he will shortly succeed in doing. Despite years of research and millions of devoted man-hours, leaked documents shared by the whistleblower Frances Haugen revealed that Facebook moderators had only managed to take action “against approximately 2% of the hate speech on the platform” by the company’s own assessment. Content standards, one Facebook researcher noted in an internal document, “are very complicated and difficult to apply consistently,” adding: “Hate Speech often involves very subtle nuance, and it is easy both to miss things and to have false positives.” By contrast, Musk has shown little appetite for such subtleties.

What’s more, the idea that hate speech will be demoted — that is, rendered invisible across certain feeds or in search — seemingly fails to address the abuse experienced by the actual users being targeted. In practice, demoting hate speech rather than penalizing those engaged in it only prevents bysanders from witnessing it. The users being harassed and threatened, meanwhile, experience little benefit; their abuse is now merely happening out of view.

As Gizmodo reported, Musk’s botched effort to turn blue “check marks” into a revenue stream gave several well-known hate groups access to a “verification” system once used to guard against impersonators of celebrities, brands, and government officials, among others. The anti-transgender accounts of Gays Against Groomers and Libs of TikTok are among those currently sporting the badges.

The badges are also now worn by several prominent white supremacists, including the alt-right figure Richard Spencer, as well as Jason Kessler, organizer of the 2017 “Unite the Right” rally, where a 32-year-old paralegal protesting neo-Nazis was murdered.

The killings of five people on Saturday by a man with a AR-15 rifle at a gay Colorado nightclub popular for its drag shows has given rise to visceral fears of violence amid a wave of anti-transgender hate driven by Republican politicians and conservative media personalities. And Musk’s own decision to hand a megaphone to some of the most prominent figures behind the anti-trans campaign — inspiring a flood of violent threats targeting, among others, doctors at children’s hospitals that offer gender-affirming health programs — has betrayed a callous and reckless mentality by the platform’s new owner.

On Tuesday, while referencing the shooting in Colorado Springs, conservative columnist Kurt Schlichter smeared the nightclub’s patrons on Twitter, telling his followers, “I don’t think we should have to tolerate pedophiles because some asshole shot up a gay bar.” Using the term “pedophiles” as a slur, Schlichter’s followers echoed in the replies that transgender people shouldn’t be allowed to exist.

Schlichter was joined by the far-right Youtuber Tim Pool, who used his Twitter account to manufacture conspiracies theories about the bar, Club Q, where families in the Colorado Springs formerly gathered on Sundays for brunch to watch drag performers tell jokes and imitate singers like Madonna and Cher. Apparently fearing no consequences under Musk’s new leadership, Pool accused the LGBTQ establishment of hosting a “grooming event,” priming children for sexual abuse.

“Twitter under Elon Musk has backtracked on its assurance that it would not make any major changes to content moderation or reinstatement of suspended accounts without a moderation advisory council,” Alejandra Caraballo, clinical instructor at the cyberlaw clinic at Harvard Law School, told Gizmodo, adding that Musk had made “false promises” of rolling out moderation techniques that are “infeasible or next to impossible.”

“On the trans day of remembrance after 5 LGBTQ people were murdered in Colorado, Twitter reinstated several anti-LGBTQ accounts while giving the green light to vicious anti LGBTQ rhetoric such as the groomer libel,” Caraballo said. “It’s clear that advertisers need to drop their ads from Twitter and Apple needs to step in and revoke Twitter from the App Store before more violence is incited.”