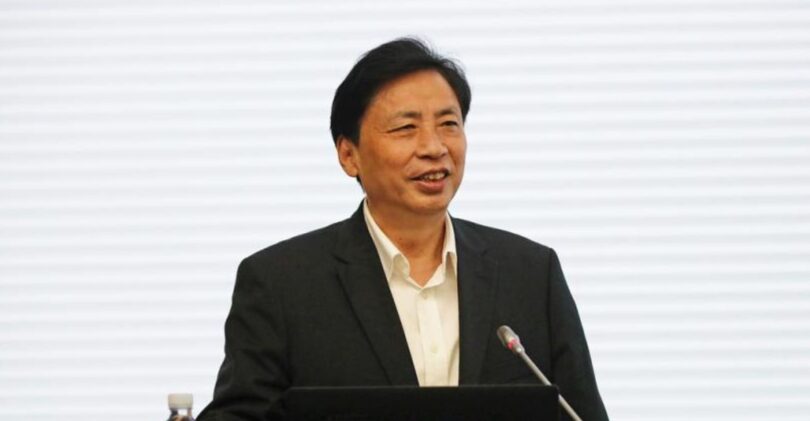 On November 30, Xie Heping, a Chinese mechanics and energy engineering scientist, along with Shenzhen University and Sichuan University’s doctoral team under his supervision, published a paper entitled “A membrane-based seawater electron for hydrogen generation” in Nature, which has solved an important problem of hydrogen production by direct electrolysis of seawater.

For the first time, this study established a new principle and technology for in-situ direct electrolysis of hydrogen without desalination driven by phase transition from a new idea of combining physical mechanics and electrochemistry. This method completely isolates seawater ions and uses breakthrough electrolysis hydrogen production technology without needing to desalinate the seawater input. The process also produces no side reactions and requires no additional energy consumption (that is, seawater is used as pure water, and in-situ electrolysis hydrogen is directly produced in seawater).

Xie Heping’s team also developed the world’s first set of direct electrolysis hydrogen production equipment that can process 400 liters of seawater per hour in place, and which ran continuously in Shenzhen Bay seawater for over 3,200 hours. The equipment has proven to be a stable and large-scale hydrogen production process from seawater.

In addition, the team further developed acidic and alkaline solid gel electrolytes to show that the phase transition strategy is suitable for different electrolyte materials and is expected to accompany the iterative development of proton exchange membrane (PEM) and anion exchange membrane (AEM) electrolysis technologies. At the same time, this method can be used to explore diversified water resources (such as river water, wastewater, etc.) to directly produce hydrogen, providing a new path of multi-effect utilization for resource enrichment and energy production.

According to a report by Shenzhen University, the experts who reviewed the article published in Nature commented on the study, saying, “Few papers can convincingly achieve large-scale and stable hydrogen production from seawater, but the work of this paper does just that. They have finally solved the problem of harmful corrosivity, which has long plagued the field of hydrogen production from seawater, and will open the door to low-cost fuel production. It is expected to promote change towards a much more sustainable world.”

Hydrogen energy is an important direction of energy development in the future, and its application is wide-ranging, but a shortage of fresh water resources has seriously restricted the development of “green hydrogen” technology. Complex seawater components (about 92 chemical elements) lead to many difficulties and challenges in hydrogen production from seawater.

Therefore, in the early 1970s, scientists raised the question of whether seawater could be directly electrolyzed to generate hydrogen. In the past half century, many well-known research teams from the United States, France, Australia and China have carried out exploration and research by means of catalyst engineering and membrane material science, aiming at solving the problems of chlorine evolution side reactions and calcium and magnesium precipitation in hydrogen production with the direct electrolysis of seawater. However, there was no breakthrough theory nor principle to completely solve the influence of complex components of seawater on this type of hydrogen production.

Xie Heping graduated from the Department of Mathematics and Mechanics at the China University of Mining and Technology in 1982. He is the president of the Institute of deep earth science and green energy of Shenzhen University. He has long devoted himself to the basic research and engineering practices in the fields of mining engineering, green energy development and utilization and deep science.

In recent years, the academician has been focusing on the field of deep underground scientific exploration. Innovative ideas have been put forward in fields such as the fluidized exploitation of deep solid resources, geothermal power generation at medium and low temperatures, development and utilization of underground space, seawater energy and deep medicine, and others. He has made important progress in the fields of green energy, low-carbon technology and carbon dioxide mineralization and comprehensive utilization technology.