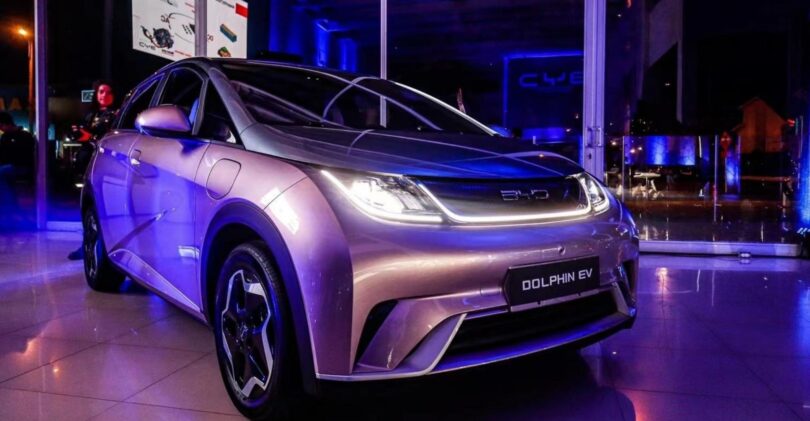 BYD’s Dolphin is the first mass production model based on the firm’s e-Platform 3.0. The technical advantages of e-Platform 3.0 caused this model to be regarded as the most competitive of the same level models in terms of safety and efficiency. The car is equipped with a blade battery with capacity of 44.9 kWh and a pure electric cruising range of 405km under NEDC conditions.

Since 2020, BYD has cooperated with Motorysa to distribute BYD’s full range of new energy passenger cars in Colombia, including medium to large-sized luxury flagship sedan Han EV, pure electric SUV Tang EV, and high-end plug-in hybrid models such as Qin Plus DM-i and Song Plus DM-i. So far, the Chinese automaker has delivered nearly 3,000 NEVs to Colombia.

However, in China, the Dolphin has recently attracted complaints from car owners because of a white powder sprayed from its air conditioners. In response to the problem, BYD issued a statement on the November 18, saying that it was caused by abnormalities in the evaporators of some models. After testing, the main component of the powder was found to be aluminum hydroxide (commonly used as stomach medicine), which is harmless to the human body. If customers encounter this phenomenon, BYD says it can replace the evaporator free of charge and clean the air-conditioning pipeline to completely solve the issue.

According to leading Chinese automobile complaint platform Chezhi, as of December 6, there were 648 complaints about quality problems of BYD Dolphhon, among which 516 complaints related to the air conditioning problem, accounting for nearly 79.6%.