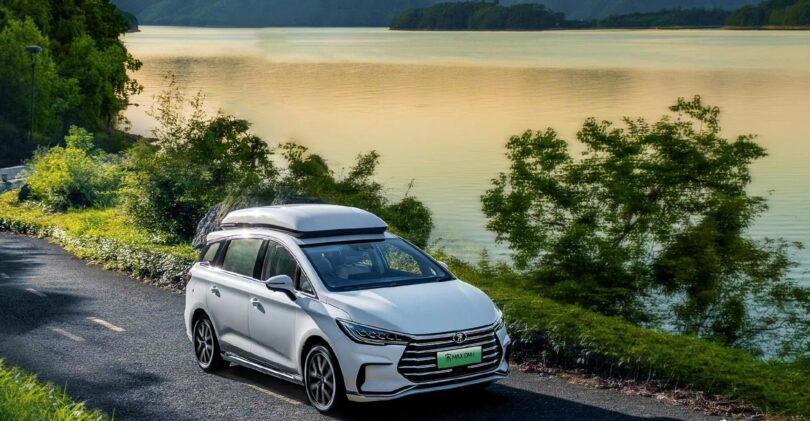 Following recent cuts made by Tesla to its electric vehicle prices in the Chinese market, BYD announced on November 23 that it will increase the prices of its Dynasty series, Ocean series and Denza vehicles, ranging from 2,000 yuan ($279) to 6,000 yuan ($838). Customers who pay a deposit and sign a purchasing contract before January 1, 2023 will not be affected by this adjustment.

In a statement, BYD said that the price increases are mainly for two reasons. First, subsidies for the purchase of new energy vehicles in China will be terminated on December 31, 2022. Second, throughout the second half of the year, the prices of raw materials for batteries have risen sharply.

In the eyes of many in the industry, 2022 will have been another cold winter for new energy vehicles in China, especially for startups. Jiemian News previously reported that in the first three quarters of this year, the annual key performance indicator completion rate of XPeng, ARCFOX and AITO was less than 40%.

But for BYD, 2022 is a year of soaring success. According to latest sales data, its sales volume in October was 217,800 units, exceeding 200,000 units for the second time. In October, the delivery of NIO, Li Auto, XPeng and Leapmotor, which have been listed, declined month-on-month, among which Leapmotor and XPeng both fell by more than 35%.

From January to October this year, BYD sold 1.4 million vehicles, up 158.52% year-on-year. A few days ago, BYD completed its 3 millionth NEV. Chairman Wang Chuanfu commented, “We only took half a year to complete the production from the 2 millionth vehicle to the 3 millionth vehicle.”

Compared with other brands, strong sales volume gives BYD more confidence in raising prices. In June this year, Wang said that BYD had more than 500,000 orders in hand and that delivery took five to six months.

This price increase is the third price adjustment made by BYD this year. In January, the firm raised the price its Dynasty series and Ocean series models, ranging from 1,000 yuan to 7,000 yuan. In March, the price increases ranged from 3,000 yuan to 6,000 yuan. Both instances are related to the continuous rise in material prices.

In the first half of the year, due to battery price increases and unstable supply chains, almost all NEV brands raised their product prices. However, in the second half of the year, the trend has changed. Recently, Huxiu reported that Tesla’s order increment after two promotions is still less than expected, and new price reduction measures will be introduced before the end of the year. However, Tesla has denied the report.