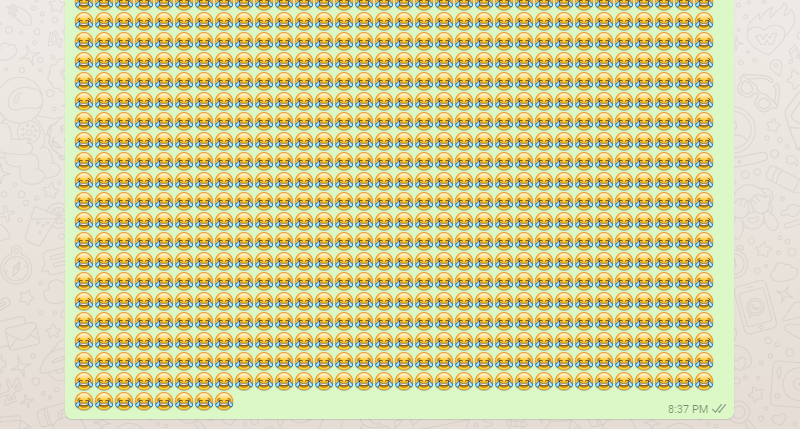 A single Whatsapp message can force your app to crash on Android devices.

If a person uses the web version of the Whatsapp to send a message of around 5,000 emoji, the mobile app that receives it will crash and force itself to shut down, says Indrajeet Bhuyan, an India-based researcher. The only way to continue is to delete the message history and then re-open the conversation.

WhatsApp currently has a character limit of 6,000 intended to prevent people from sending long messages. But a message with 4,500 characters can severely slow the app, while a message with 5,000 emojis will completely crash it.

Indrajeet Bhuyan also added that the flaw could potentially be used by people to send messages and then force people to get rid of any evidence that they were ever actually sent.

We tested it and yes its true. If the message is viewed on mobile, it crashes the app on both the devices, senders and receiver’s as well. And in case of iOS devices, it been said that it will slow it down, but won’t crash.