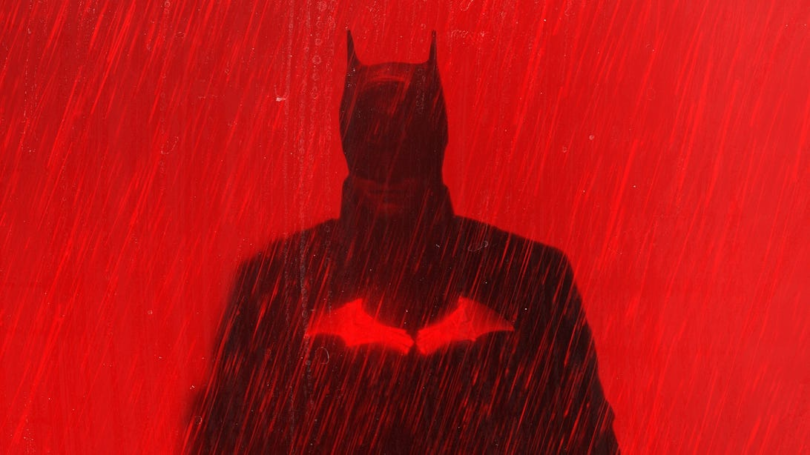 The Batman is available on streaming services and — if possible — features a Dark Knight even darker than Christopher Nolan’s The Dark Knight. The Batman is a noir detective story that respects what came before, while setting Robert Pattinson’s hero loose in a different kind of Gotham City.

Let’s rank the latest Bat-flick against every live-action Batman movie, plus the colorful and frenetic animated The Lego Batman Movie. (Batman rules in any dimension.) Note: We haven’t included other animated flicks like Mask of the Phantasm and The Killing Joke, or 2019 bat-less spinoff Joker.

This came out when I was 10, and it was the first time I left a theater thinking, “Oh, movies can be bad.” The late, great Joel Schumacher was clearly trying to evoke the silliness of ’60s Batman, but totally missed the mark with this garish, overstuffed stinker — particularly disappointing is Mr. Freeze’s tragic backstory comes second to a series of forgettable Arnold Schwarzenegger one-liners. Just watch the ’90s animated series episode Heart of Ice instead.

What else did we expect from a movie that promised Godzilla vs. Kong? CGI, visual spectacle, poor character development and being very serious. Tick, tick, tick, tick.

I genuinely feel happy this is lower than Zack Snyder’s Justice League. Having watched both within a couple of days, I could see why Joss Whedon wanted to slim down the huge cast of characters and complicated villain backstory for the 2017 theatrical cut. The price? A few lines of exposition here and there, such as, “A scout… from space? Like an alien army?” Sherlock Bruce got to say that one. Big cringe.

Batman ’66 is as good or bad as you thought the Adam West TV show was. If phrases such as “shark-repellant Bat spray” give you a chuckle, you’ll probably find the movie amusing. But if you found the campy take on the Dark Knight painful and disappointing, expect more of the same here. Personally, I think it’s an entertaining departure from the norm, watching Batman frantically running around looking for a safe place to deposit an explosive because: “Some days you just can’t get rid of a bomb.”

It’s four hours long, indulged a fan campaign and served as an advertisement for HBO Max but… I kind of liked Zack Snyder’s Justice League? Note: I did watch the horrendous Joss Whedon theatrical cut days beforehand. Still, if anything — and no, this isn’t really a Batman comment — Snyder understood Wonder Woman as an inspirational beacon of power and strength for young girls and not a piece of eye candy to be shot from the butt up only. When it comes to Ben Affleck’s beefy Batman, he did a totally fine job as the personal assistant coordinating the superpowered gods against the CGI bad guy army.

Following The Dark Knight was never going to be an easy task, and The Dark Knight Rises sometimes feels like the victim of its own ambitions. Batman faces his most physically threatening foe in Tom Hardy’s Bane, but the movie also digs into the legacy of Bruce’s choices in previous films, not to mention a Gotham in dire crisis. It’s a lot for one film to juggle, and the plot and characters stumble at times. But the highlights here are Hans Zimmer’s powerful score and Bale’s commitment to the character’s mission. The Dark Knight Rises is ultimately a fitting conclusion to Nolan’s trilogy, even if it doesn’t top its predecessors.

If you don’t like this movie, you’re wrong. It really is that simple. You hate joy and you hate Jim Carrey. Almost as much as Tommy Lee Jones reportedly hated Jim Carrey while shooting this movie.

Upon its release, Batman Forever was like this… super movie. It featured a ridiculous amount of star power and made zero sense whatsoever. As a kid, I loved it. Everyone loved it. Because it was a good movie. Not a bad movie. Ignore people who say this is a bad movie.

It is a good movie.

Director Tim Burton leaned hard into his signature style for his second Bat outing, making Gotham City even more gothic and absurd as he prioritizes pageantry over plot. Keaton is once again a joy in the role, but he’s overshadowed by the villainous trio. Danny DeVito is yucky but sympathetic as Penguin, and Christopher Walken is extremely greasy as Max Shreck, but Michelle Pfeiffer steals the show as undead agent of chaos Catwoman. Hear her roar.

Batman Begins succeeds in its commitment to the Batman mythos and its attention to detail. It’s the first Batman movie to show us how Bruce becomes the Bat, not just the events that set him down that path. Nolan understands that Batman is a mission as much as a superhero, and this movie shows us the important victories — and failures — Bruce experiences as he methodically constructs the identity of Batman. Everything that makes The Dark Knight great is set up in this movie, and it deserves a high spot on this list.

The Lego Batman is, for my money, the funniest and best of the Lego movies. Will Arnett is perfectly cast, the songs are magnificent and the story has something of a heart, with genuine stakes. Dramatically underrated movie.

Before Christopher Nolan and Zack Snyder, we had Tim Burton. And in 1989 his strange, gothic imagination brought layers we’d never really experienced in superhero movies up until that point. Michael Keaton is an understated (and underrated) Batman, but the real star is Gotham City itself. The set and production design are spectacular and truly bring the world of Batman to life. Jack Nicholson is a decent Joker as well.

The sparkly vampire nailed it. Robert Pattinson might have been hiding in excellent indie movies for the past decade since Twilight, but his true talent as a broody, reclusive, Kurt Cobain-channeling Bruce Wayne is on show in the latest Batman escapade. Director and writer Matt Reeves respects all that came before while bringing his own fresh, noir detective story take on a rain-soaked Gotham City. While its final act lacked stakes, The Batman soars with vivid cinematography, memorable action pieces and a clearly defined, lived-in, crime-gripped world. Aggressively stamp this into your retinas.

I’ve seen so many movies mimic the opening of The Dark Knight. The cool surge of the camera toward high-rise buildings, that jittery clock-ticking music giving you the same constant-climax anxiety of Dunkirk. The Dark Knight has got to be at the top of this list, because it has the best ever Joker and is more like a gritty crime thriller than a comic book movie. It also has a tragic plot point and — sorry — enough can’t be said about how effective tragedy can be in making a film stay with you. Flaunt, taunt and haunt.

Movies Coming in 2022 From Marvel, Netflix, DC and More