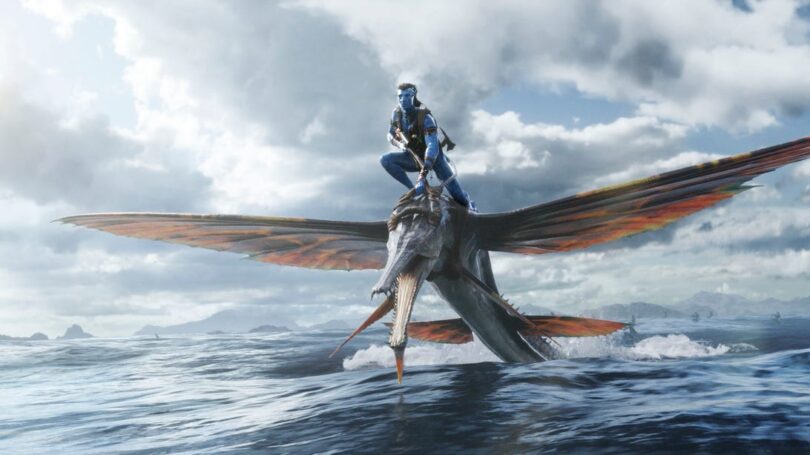 Last month my family and I visited Disney World for the first time. Our favorite ride was Avatar: Flight of Passage, a five-minute virtual experience that puts you on the back of a dragon-like banshee to fly over the mountains of Pandora.

I climbed onto a seat that bucked and vibrated while I looked through 3D glasses at an absolutely massive screen, filling my field of view with stunning 10K resolution images at 60 frames per second. It was incredible, the kind of thing that made all the expense and hassle of Disney feel worthwhile. My daughters loved it too, even though it made them feel a bit motion sick.

On Wednesday I attended the New York Imax 3D premiere of Avatar: The Way of Water and felt a similar thrill that lasted much longer.

My comfortable seat didn’t move, and no wind or mist sprayed me like at Disney, but the feeling was just as intense. Even with a runtime of 3 hours and 12 minutes, director James Cameron’s epic kept me amazed at the visual experience the entire time. When the plot, pacing and premise fell short, I didn’t really care, and even brief motion sickness didn’t spoil my fun.

As CNET’s reviewer of televisions I’ve seen a lot of great-looking films, and Avatar: The Way of Water is one of the best. AMC Lincoln Square in Manhattan, where I saw it, has one of the largest Imax screens in the country at 76 feet wide and 101 feet — nearly six stories — tall. The combination of size, 3D depth, smoothness and detail, along with the absolute otherworldliness of what I was seeing, transported me. There was so much eye candy that at times I didn’t know where to look next. My visual cortex worked overtime to process all the action, swimming aliens, high-tech vehicles and explosive mayhem.

In the Avatar ride at Disney I remember looking away from the screen at one point to check on my kids and realized that next to me, in another room, there was another group of people watching, er, riding, the same thing. In the theater I don’t think I glanced at my fellow moviegoer, CNET colleague Scott Stein, more than once. I was too transfixed by the show.

Part of what sucked me in was something I’ve spent years complaining about: the smoothness of high frame rate (HFR). Most theaters showing the film will not have the high frame rate presentation, but I saw it in the way Cameron prefers for Imax theaters: 3D, 4K resolution and HFR. He actually varies the frame rate from 24 frames per second, the standard for most films, to 48, which looks much smoother, especially on a huge screen in 3D.

“The rule was that whenever they’re underwater, it’s 48 frames. Boom. Don’t even think about it. Some of the flying scenes and some of the broad vistas benefit from 48 frames,” Cameron told Yahoo News. “If it’s just people sitting around talking or walking and talking, relatively slowly evolving images, it’s not necessary.”

This was the first time I actually appreciated the value of smoother action in films. The underwater sequences, in particular the fast-moving chases and the finale in a sinking watercraft, had a hyperreal quality that made it feel like I was underwater myself. I didn’t notice any jarring changes between standard and HFR sections, and after the first hour or so I stopped paying attention to the smoothness altogether. That’s a big improvement over other HFR films I’ve seen, like The Hobbit, and over TVs showing the soap opera effect, which really bothers me.

The smoothness wasn’t all good, however. In one early sequence aboard a ship approaching Pandora, the entire image rotates slowly and I immediately felt queasy. I recognized that sickness from early 3D presentations and rides like Star Tours, the effect of my eyes seeing something that my inner ear doesn’t feel. This time it persisted for a few seconds then faded after the motion ended, and for the rest of the film despite all the frenetic action and constant motion, I didn’t experience anything similar.

Read more: James Cameron Q&A: ‘Avatar’ Remind Us of The Beauty of Nature Under Threat

And I do mean constant motion. The film’s pacing is broken up by some quieter sequences and at times did feel like a nature documentary, but I still saw movement everywhere. Handheld effects, pans, sweeps and quick pulls and pushes from the camera, flora and fauna swimming and flying through air and space, and of course the mesmerizing Na’vi themselves, with their catlike grace and easy reflexes — the film never stopped. Kind of like flowing water itself.

Talking with Scott afterward, my first point of comparison was a first-rate video game – and I mean that as a compliment. Newer game systems and TVs support even higher frame rates, typically 120 frames per second, that make action buttery smooth on screen. But a game is an active experience, with me in control. I prefer to think of Avatar: The Way of Water as an immersive ride controlled by a skilled director. Cameron gave me ups and downs, depth and fascinating visual beauty that overcame my left brain’s quibbles with the story, dialog and character development and just let me feel like part of an alien world. It was an overwhelming three-plus hours, in a very good way.

New Movies Coming in 2023 From Marvel, Netflix, DC and More