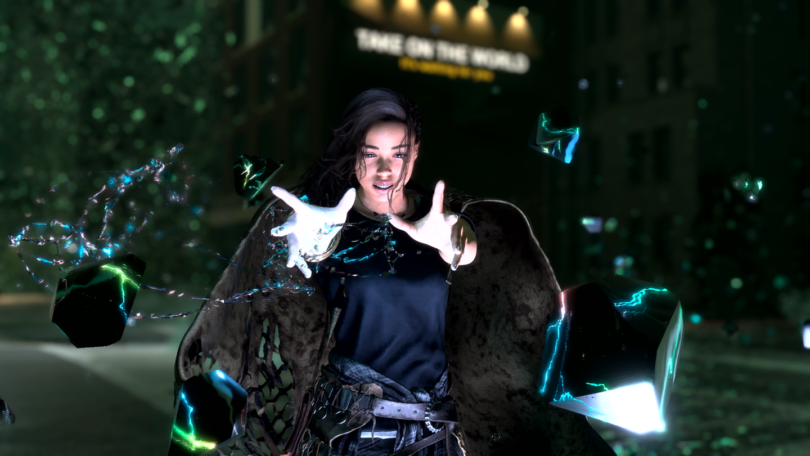 Square Enix and Luminous Productions’ Forspoken will be quite resource-heavy, as confirmed by its system requirements on PC. It requires at least 16 GB of RAM and 150 GB of hard drive space on top of beefy hardware. The game will launch on PC and PlayStation 5 on January 24.

Much like many AAA launches of late, Square Enix and Luminous Productions’ Forspoken has been delayed multiple times. The developers did, however, use this time to demonstrate AMD FidelityFX’s ease-of-use and DirectStorage capabilities. The game, set to launch on January 24 on PC and PlayStation 5, will need all the processing power it can get due to its absurdly demanding system requirements.

While any PC built in the past four years should have a relatively easy time running Forspoken, the experience will be less than optimal and one would be better off playing it on console instead. The requirements get even more egregious once the visual fidelity goes up.

Square Enix’s decision to not list the requirements for a 1080p 60 FPS experience is frustrating, given it is what will be sought after by most gamers. Furthermore, the 24 GB RAM requirement is puzzling as it isn’t exactly a standard amount found in most rigs.

At this point, it is abundantly clear that Forspoken is heavily optimized for AMD graphics cards, given the requirements shoot up greatly when Team Green’s hardware is involved. The game will take up at least 150 GB of hard drive space and will run on both Windows 10 and Windows 11. Some PC-centric features include support for up to 32:9 ultrawide monitors, Windows 11 Auto HDR, DualSense/DualShock controllers, 7.1 Audio and dynamic refresh rate.

Earlier this week, Hogwarts Legacy, another open world title, also demanded 32 GB of system memory for a top-tier 4K experience. However, its entry-level requirements were far lower and it could even run on the Steam Deck. While Square Enix’s PC ports have been getting better of late, Forspoken could be the exception. Its PS5 version isn’t much better off either, with its resolution reportedly dropping to 720p in some scenes.

Pre-order Forspoken for the PlayStation 5 on Amazon