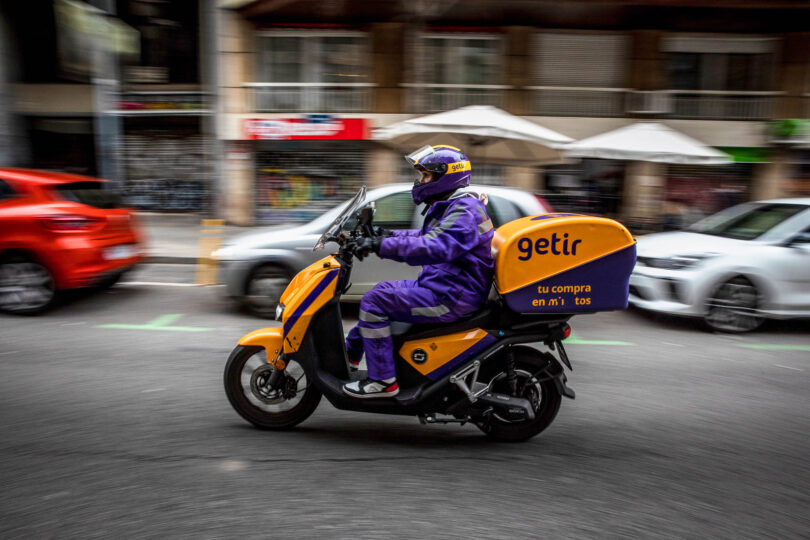 Getir first expanded into Europe via London in 2021, when a post-pandemic gold rush for instant groceries was in full swing. Investors were convinced that lockdown habits would stick and consumers would continue to demand grocery deliveries direct to their homes. Since 2020, investors have flooded the global sector with more than $5 billion in funding. Those billions funded the dramatic expansion of an industry promising a new era of ultimate convenience: groceries on your doorstep in 10 minutes. In Europe alone, companies launched between 2020 and 2021 included Gorillas, Weezy, Blok, Dija, Fancy, and Cajoo.

In a delivery app reckoning, all of those companies have since disappeared or been absorbed by Europe’s three major players: Getir, Flink, and GoPuff. Since Getir swallowed Gorillas in December, the company’s yellow and purple mopeds can be found on roads across seven European countries. Its next largest competitor, Germany’s Flink, is active in three. The American competition, GoPuff, has recently downsized and now only operates in France and Britain. Getir has received funding from Abu Dhabi state investor Mubadala and investment firms Sequoia and Tiger Global to fuel its growth.

The company’s rise from London to Europe’s biggest instant grocery provider is down to Getir’s experience in its home market, says general manager in Europe, Turancan Salur. “We are the pioneers of the sector,” he says. Getir might be new in Europe, but it’s been operating in Turkey for eight years and claims to already be profitable in Istanbul. As a private company, Getir does not publish financial reports. “We have a lot of experience under our belt there and we’ve navigated our fair share of difficult situations and economic difficulties,” says Salur.

While Europe’s newcomers were wrestling with IT problems linked to logistics management, he says, Getir already had custom-made fixes ready to go. “We basically had a preview into the future, whereas our competitors didn’t.”

Getir’s dominance is reflected in number of downloads. The company’s app has been downloaded on Android phones 28 million times worldwide, according to AppRadar data that does not count iPhone installs. That figure far eclipses downloads of GoPuff’s app, which has been installed 5.4 million times. And Getir is not only winning over consumers—couriers are also switching to the company. “From my personal experience, Getir is so much better than being fully dependent on Deliveroo or UberEats,” says Ian Morrison, a courier in London who has been working for Getir in London since June 2021. He gets paid £11.05 ($13) per hour, and receives holiday and sick pay. The company provides him with an electric moped to ride during his shifts and covers his insurance.

Despite that, Getir is not perfect, he stresses. Compared to when he joined, he has to work more hours to receive the same pay, due to changes to the bonus system. He also describes the pressure his warehouse is under to make deliveries quickly, which means the people packing orders are more likely to make mistakes, resulting in wrong or missing items.

In Berlin, workers are more critical. Former Getir worker Ronnie (who declines to give his surname because he wants to protect his privacy) says he experienced missing wages from his pay slips and was given faulty bikes to ride during the six months he spent as a courier for the company. In response, he unsuccessfully tried to organize a works council, a common feature within big German companies designed to complement unions. As a result, he says, he was fired. Getir declined to comment on the case.

Ronnie (who was also fired from Gorillas before he joined Getir) says the problems with pay and equipment were similar at both companies. Yet so far, Getir has not experienced the same protests and unofficial wildcat strikes that Gorillas struggled with in Berlin, its home city.

“We don’t expect any staff challenges,” says Salur. “We have good working conditions. That has not been an issue for us.”

That may change as Getir inherits the attention once bestowed on its competitors. There are multiple social media accounts set up to criticize working conditions at Gorillas, and the Getir Workers Collective launched on Twitter last year. Unions are also anticipating a degradation of working conditions as couriers have fewer employers to choose from. “Working conditions will decrease just as it happened at Deliveroo and UberEats,” says Edouard Bernasse of the Paris-based Collective of Autonomous Platform Couriers, also known as CLAP.

Getir might have swallowed up many of its instant grocery rivals—it acquired Gorillas as well as the UK’s Weezy and Spain’s Blok—but that doesn’t mean there is no competition. “The restaurant delivery companies have also alighted on this segment,” says Peter Backman, a food delivery analyst. Deliveroo and UberEats, companies that traditionally focused on takeaway delivery, now offer groceries in the UK too. In mainland Europe, the German company Delivery Hero operates a series of brands that deliver takeaway alongside groceries.

Getir’s Salur insists companies like Deliveroo and UberEats are only indirect competitors because their business model is different—they rely on third-party shops to fulfill orders whereas Getir delivers straight from its own warehouses. That means the company is more likely to have customer items in-stock and can offer lower prices, he says—a factor that will be important to weather Europe’s cost-of-living crisis.

Getir might have defied critics’ prognosis that the instant grocery bubble has burst—for now. But the past three years has taught the sector that this is a brutal business, and Getir’s reign in Europe is anything but secure.