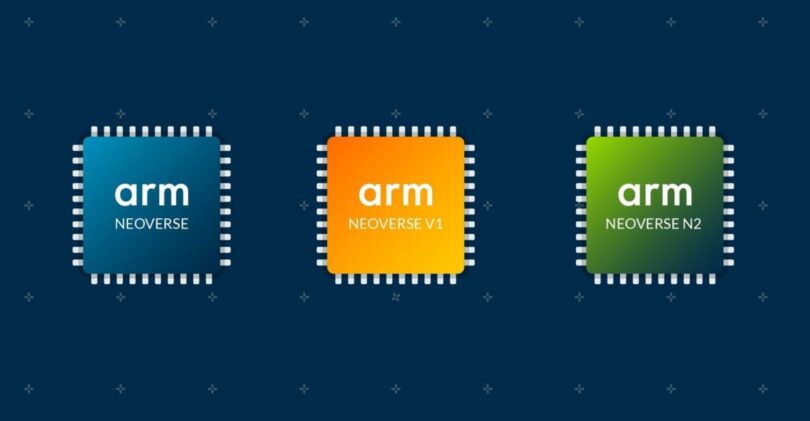 Since new US export control regulations were released in October, news emerged that leading processor IP provider Arm would cease supplying Chinese chip enterprises, arousing widespread concern in the Chinese tech industry. However, according to a report by Chinese media outlet iJiwei on December 16, Arm’s Neoverse series products have not been cut off from the country. With the comprehensive advantages of Arm Neoverse in performance, power consumption and cost, Chinese enterprises are seizing the opportunity of digital economy development and achieving rapid growth in cloud computing and data center markets.

According to a report by Financial Times, due to new US export regulations, Arm will no longer be able to supply advanced chip architecture IP to Chinese enterprises, mainly involving V series products of the Arm Neoverse platform used for infrastructure.

In fact, the export restrictions on Arm Neoverse V series platforms have been implemented in the past few years. Affected by Wassenaar, a multilateral arrangement involving 42 nations designed to stop dual-use technology from being diverted for military use, and the US export control measures, China’s development in high-performance computing fields such as supercomputing has been continuously restricted. According to Wassenaar, the bandwidth limit for technical control is 256 bit, and the core bandwidth of the V series is 2×256 bit, so it has been limited in the past few years.

Take T-Head, a chip design company under Alibaba, as an example. Its latest self-developed Arm architecture-based server chip product Yitian 710 is based on Arm’s latest architecture Armv9 using the Neoverse N2 platform. According to Jeff Zhang, CTO at Alibaba, in the next two years, 20% of Alibaba Cloud’s new computing power will also use Yitian 710.

Regarding the matter, T-Head representatives have said that the cooperation with Arm has not been affected by any new US regulations, and that the company will continue to cooperate with Arm to conduct new product R&D on the premise of legal compliance.

Arm also responded to Chinese media, “As a global enterprise, Arm is committed to complying with all export laws and regulations applicable in each business operation area. We have been providing Chinese partners, including Alibaba, with optimized solutions that can meet their performance needs, and these solutions are fully in line with the latest export control compliance.”

Arm China announced on December 14 that in the field of intelligent vision, Alibaba Cloud and Arm have recently engaged in deep cooperation. Based on the edge intelligent platform of Arm architecture, Alibaba Cloud’s IoT Link Visual Cloud Core Integrated Intelligent Vision Scheme is deeply integrated with the platform, which greatly shortens the development cycle of related products and accelerates the launch and deployment of products.

In addition, some Chinese enterprises have begun to change from the Arm architecture to a RISC-V open source chip architecture. In November this year, Alibaba‘s T-Head released RISC-V-based energy-efficient processor Xuantie C908, and the performance of neural network computing improved by more than 50% compared with the previous generation of products.

On the other hand, firms such as AMD and NVIDIA, which are affected by the new US regulations, have adjusted their product configurations and performance to achieve both legal compliance and Chinese market demand. For example, in early November, NVIDIA announced the launch of a new A800 data-center GPU for the Chinese market, replacing the A100 product restricted by the new US controls.