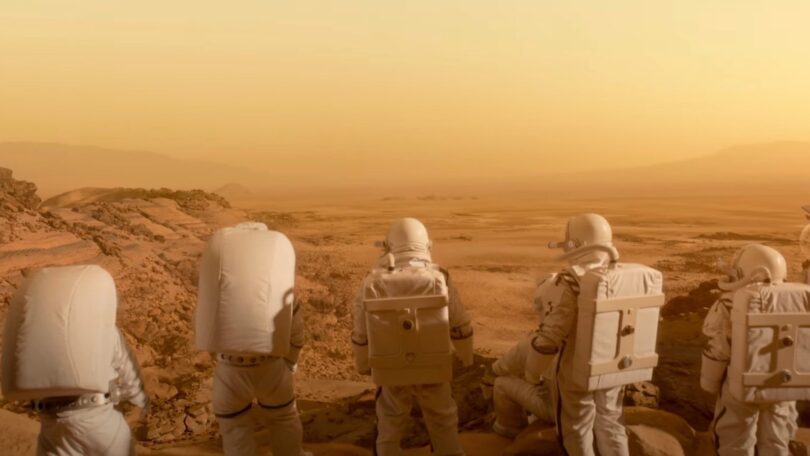 2022 is fast becoming a supreme year for Apple TV Plus subscribers. Arriving hot on the heels of critical hits Severance and Pachinko, space drama For All Mankind is now preparing to make its eagerly-awaited return.

As revealed in a new teaser trailer, For All Mankind season 3 will debut on Apple’s burgeoning streaming service on Friday, June 10. Episode 1 will arrive first, with the remaining nine entries dropping on a weekly basis every Friday.

The new season will find the show’s warring astronauts jetting off to Mars for the first time, picking up directly after the events of For All Mankind’s dramatic second run.

Check out the (much too short) new teaser trailer below:

In this alt-history timeline, the global superpowers set their sights on the red planet in the newest leg of the space race. In uncharted territory, the competition to land on Mars first is only the beginning.@ForAllMankind_ Season 3 on Apple TV+https://t.co/IMPo0BChtK pic.twitter.com/XquMcDRW1uApril 11, 2022

Having debuted alongside Apple TV Plus in 2019, For All Mankind charts the fallout of an alternate history in which the Soviet Union becomes the first nation to reach the moon. The Cold War-era space race continues as a result, with both the Soviets and the US eventually establishing lunar colonies from which to operate.

Apple swiftly renewed the show for a second season following the critical success of its first, which Rolling Stone (opens in new tab) named as the best television of 2021 (preferring For All Mankind to pop culture behemoths Succession and Squid Game).

We don’t know all that much about the series’ upcoming third season beyond its Red Planet (and 1995) setting. However, in the above teaser, NASA chief Ellen Wilson (Jodi Balfour) can be heard saying: “When united behind a common goal, there is nothing we cannot achieve.”

By the sounds of it, then, things are about to heat up in space.

Analysis: another winner for Apple TV Plus

As alluded to above, For All Mankind was arguably the first in a steady string of critical hits for Apple’s still-young streaming service, which has proven its staying power in 2022.

After last year saw the return of Apple-produced mainstays The Morning Show and Ted Lasso, alongside the arrival of new sci-fi series Foundation, Apple TV Plus crossed over into the new year with few tentpole projects to excite subscribers – until Severance came along, that is.

A relatively unknown quantity upon release in February, Dan Erickson’s starry psychological thriller has since picked up significant critical and commercial steam to easily sit among the best Apple TV Plus shows – nay the best TV shows, period – of 2022.

Like For All Mankind before it, the show is yet another example of Apple’s talent for executing original stories with style and substance, and proof that the streaming service has the chops to effectively challenge the likes of Netflix, Prime Video and HBO Max in the coming years.

What’s more, with Severance now renewed for a second season – and For All Mankind’s third instalment taking proceedings beyond the moon and onto Mars – Apple’s entertainment offering is primed to strengthen further.

Mind you, since Apple TV Plus recently became the first streaming platform to land a Best Picture Oscar for CODA, rival streamers will already be looking over their shoulders.

Axel is a London-based staff writer at TechRadar, reporting on everything from the latest Tesla models to newest movies as part of the site’s daily news output. Having previously written for publications including Esquire and FourFourTwo, Axel is well-versed in the applications of technology beyond the desktop, and a degree in English Literature means he can occasionally be spotted slipping Hemingway quotes into stories about electric sports cars.