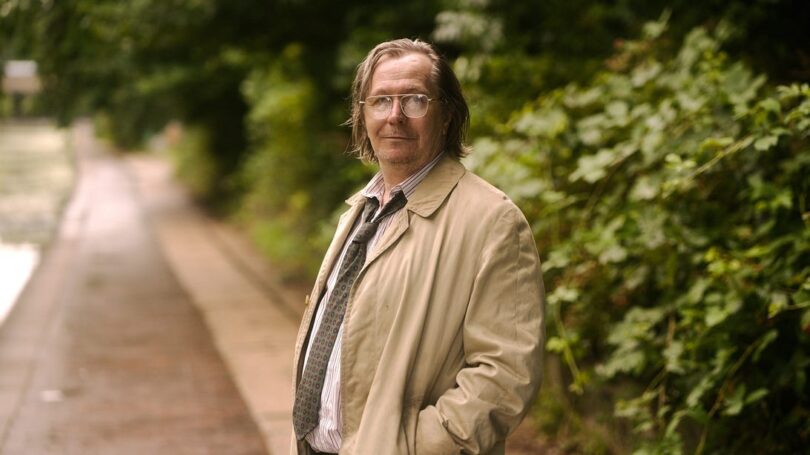 Apple TV Plus is stocked with big names and some hit shows, from the first season of Severance to the heartwarmingly adorable Ted Lasso to Reese Witherspoon’s Emmy-winning drama The Morning Show.

Like rivals Netflix, Hulu and Amazon Prime Video, Apple TV Plus is filled with exclusive, original content. But unlike the other services, Apple streams only content it has made itself. That meant that when the service launched in November 2019, the catalog wasn’t huge, but it’s been filling out fast.

Here’s what’s coming to the streaming service this month, followed by our guide to some of the best TV shows on Apple TV Plus.

Read more: Apple TV Plus: Everything to Know About Apple’s Streaming Service

Here’s every show coming out in January.

Truth Be Told is a drama for true-crime fans, riding the recent trend of crime podcasts in a fictionalized form. Octavia Spencer and Aaron Paul play a podcaster and a prisoner united by a horrific crime years before, kicking off a whodunit that draws in both their families in an entertaining mix of a character-driven drama like Big Little Lies with true-crime stories like Making a Murderer and The Staircase.

After Molly Wells (Maya Rudolph) catches her tech billionaire husband (Adam Scott) of 20 years cheating on her, she divorces him and ends up with not only $87 million, but a question of what to do with her life. The answer? Get involved with a philanthropic foundation she didn’t even know she had. Along the way, she finds grounding with her new coworkers — but not without plenty of comedic, out-of-touch-millionaire flaps along the way. The show was co-created by Alan Yang, who was also involved in Parks and Rec and Master of None.

Starring Jared Leto and Anne Hathaway, WeCrashed tells the story of the rise and fall of WeWork founder Adam Neumann and his wife Rebekah, and how their relationship backdropped the company’s peak — and significant valley.

Sixth Sense director M. Night Shyamalan brings his brand of creepy domestic drama to episodic TV in Servant, created and written by Tony Basgallop. After a devastating loss, two bereaved parents adopt a hyperrealistic baby doll to help them tackle their grief, but danger and deception lurks in the nursery.

For All Mankind offers an alternate timeline of what would have happened if the Soviets had landed on the moon first. The short answer is the never-ending militarization of space, but the show is so much more expansive than that. If you’re looking for a sci-fi thriller with plenty of interpersonal drama and political intrigue, For All Mankind is solid choice.

Ewan McGregor and Charlie Boorman get back on their bikes and head north from Argentina through South and Central America. In this sequel to the popular travel shows Long Way Round and Long Way Down, the petrolhead duo goes green. They cover 13,000 miles and 13 countries on Harley-Davidson LiveWire electric motorcycles.

Like seemingly every single one of these modern nature documentaries, Tiny World is gorgeously shot and brilliantly compelling.

Justin Theroux stars as Allie Fox, an oddball inventor taking his family off the grid in protest against society’s failings. Apple’s heavyweight drama is based on the novel by the actor’s uncle Paul Theroux (previously filmed with Harrison Ford in 1986). Now season 1 has wrapped up, Apple has already renewed this modern version of The Mosquito Coast for a second season.

Mythic Quest: Raven’s Banquet is a must for anyone with even a passing interest in video games or the industry that produces them. It’s unique, funny and earnest in parts. It treads familiar territory but is well worth a watch.

Reese Witherspoon and Jennifer Aniston produce and star in a timely series tackling office politics in the #MeToo era, as a TV network is rocked by the indiscretions of a host played by Steve Carell. Among the compelling performances, Billy Crudup won Outstanding Supporting Actor in a Drama Series at the 2020 Emmy Awards. The award-winning drama, strong cast and timely themes make The Morning Show worth a watch.

This show has a fascinating premise: People can choose to undergo a procedure called severance, which separates their work-related and personal memories. Adam Scott’s character spends eight hours of the day in a sanitized, strikingly white office space with no recollection of his outside life. Soon, a former co-worker shows up with a warning about the strange company. A mind-bending and suspenseful sci-fi thriller — enjoying Severance is no work at all.

In this British comedy, couple Nikki and Jason want to have a baby but struggle to conceive. They decide to adopt — a process that inevitably throws new challenges their way. Trying offers charm and low-stakes fun, and it also happens to be laugh-out-loud funny. If you’re in need of some lighthearted TV time, this show has you covered.

Dickinson takes the story of real-life American poet Emily Dickinson and shoehorns it into a period drama of sorts. It’s hardly historically accurate — Emily and her teenage friends act more like characters from Riverdale — but it is entertaining.

Adapted by Stephen King from his own novel, Lisey’s Story stars Julianne Moore as a grieving widow spookily revisiting her marriage to her late husband, a famous novelist played by Clive Owen.

Inspired by the reporting of real-life journalist Hilde Lysiak, Home Before Dark follows the story of a young girl who moves from Brooklyn to a small lakeside town. It starts slow but features some strong central performances, particularly in the lead role.

A comedic murder mystery in the same vein as Rian Johnson’s 2019 film Knives Out, The Afterparty is a star-packed whodunnit that will keep you guessing and laughing with each episode. Tiffany Haddish, Dave Franco, Ilana Glazer, Ben Schwartz and more lend their talents to the show. If you’re one to opt for a mystery-comedy mixture, The Afterparty should shoot right to the top of your to-stream list.

In my book, any show that casts both Will Ferrell and Paul Rudd as its leads is already doing something very right. In the drama miniseries The Shrink Next Door, Ferrell and Rudd play characters on opposite ends of the personality spectrum — Ferrell is a sniffling, timid textile business owner, and his co-star is an egotistic therapist with manipulative tendencies. When the two are together, the result is both unsettling and tantalizing, making The Shrink Next Door something you’ll want to check out for yourself.

Prehistoric Planet gives viewers a look at the world of dinosaurs. Using realistic computer-generated dinos, and structured like a nature documentary series down to the camera shots, it’s easy to forget you’re not watching real footage. To top is off, David Attenborough narrates.

New Movies Coming in 2023 From Marvel, Netflix, DC and More