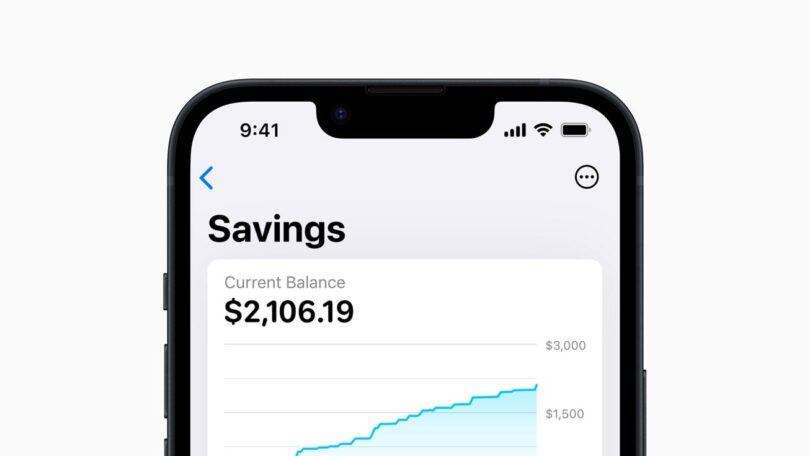 Apple has announced that its Card’s app now supports a new Savings account. This new service has been designed to store money accrued through its Daily Cash spending incentive. The new account type, which will apparently be maintained by Goldman Sachs, has been promised “high-yield” growth, although the Cupertino giant has yet to specify the rate of interest involved.

iPhone users (mostly in the US) have been able to make their payments, ID storage and even their credit cards Apple for years. Now, they can also add savings – or Savings, rather, to this list. The Cupertino giant aims to make their customers’ financial lives even “healthier” with this new product.

Apple Card owners or co-owners should be able to set one of these new accounts, issued by Goldman Sachs Bank USA, under their name. Their Daily Cash (or cashback, paid at 1-3% depending on what is bought) will then automatically be shunted into the resulting account unless the holder turns this setting off in the app.

Users can also add more of their existing funds to their Apple Savings from any other bank they use, so long as they can link the 2 accounts in question in the app. However, they might want to hold off on doing so until Apple actually reveals the interest rate at which it says these deposits can “grow” over time.

The OEM claims that it will make for a “high-yield” return; however, whether it can make a dent in the Apple Card’s up-to-24.99% APR remains to be seen.

Apple Savings is depicted as built directly into the OEM’s Wallet app, meaning that a user may not need one of its fancy physical Cards to use the service. It has been announced as available from now, subject to eligibility requirements Apple has yet to outline in full.

Buy an iPhone 14 Plus on Best Buy