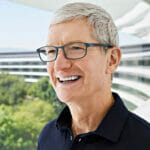 Apple is buying an industrial building in Singapore’s Ang Mo Kio area from a unit of listed developer Yanlord Land Group for S$55 million ($40.3 million), according to people familiar with the matter,

Apple, which is already the anchor tenant of the two-building leasehold facility at 12 Ang Mo Kio Street 64 in central Singapore, is exercising its right of first refusal to buy the business park asset from United Engineers, a wholly-owned subsidiary of Shanghai-based Yanlord Land Group, the people said. The acquisition of UE BizHub Central, which was previously reported by the Business Times, comes with the option for the iPhone maker to nearly double the size of the current 36,076 square metre (388,320 square foot) facility to 60,190 square metres as global tech firms expand their footprints in Singapore.

The Singapore acquisition by the world’s most valuable company is the latest reinforcement of the city’s growing importance as a tech hub and is being made as local tech giant Lazada moves into an expanded headquarters on Bras Basah Road and less than one month after appliance maker Dyson officially opened its 110,000 square foot global headquarters in the refitted St James Power Station.

The acquisition gives Apple ownership of a facility just across the street from 7 Ang Mo Kio Street 64, another building owned by the tech giant and the spot where it first began operations in the city with the opening of an electronics assembly workshop in 1988. Apple’s Tim Cook is buying another piece of Singapore

Based on independent calculations, Apple is paying around S$1,525 per square metre of built area in the existing facility, which occupies a site with leasehold rights through 2044.

The current complex consists of a seven-storey tower flanked by a four-storey building located 20 minutes’ walk from from the Yio Chu Kang MRT station, according to marketing materials published by JLL last year when the property consultancy was engaged to market the asset.

The property is located near other tech occupiers including homegrown IT company ByBiTech Services with the site zoned for Business 1 or light industrial use, which allows for construction and operation of non-polluting factories, warehouses, telecommunication or utility buildings.

In addition to its Ang Mo Kio presence, Apple also has offices in the Innovis tower in the Fusionopolis Two development at 2 Fusionopolis Way, in Singapore’s Queenstown area.

Apple representatives had not responded to queries regarding the acquisition by the time of publication.

Apple’s Singapore expansion puts it in the company of other tech giants, including Alibaba and Amazon, which have been upping their presence in Southeast Asia’s most developed economy. With these Internet and electronics firm expanding, the sector has proven to be one of the major drivers of demand for leasing space in Singapore, especially in the central business district where grade A office rents continued to rise by 2.3 percent in the first quarter to mark its fourth consecutive quarter of growth.