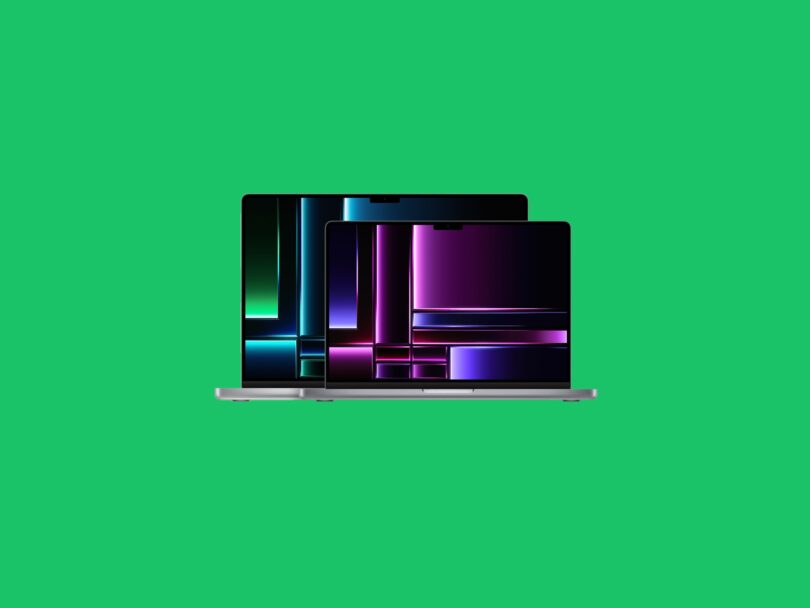 New year, new MacBooks. With little fanfare, Apple has unveiled updated 14-inch and 16-inch MacBook Pros, now powered by the M2 Pro and M2 Max Apple-made chipsets. That’s practically the only major change from the 2021 MacBook Pro predecessors. However, that’s not the only new hardware announcement. There’s also a more powerful Mac Mini, powered by an M2 chip, with a tantalizingly low price of $599.

The new 14- and 16-inch MacBook Pro models are the first to introduce Apple’s M2 Pro and M2 Max chips, successors to the M1 Pro and M1 Max from 2021. Last year, Apple unveiled the standard M2 chip in the MacBook Air and 13-inch MacBook Pro, but these newer chipsets are more powerful and more efficient.

If you buy something using links in our stories, we may earn a commission. This helps support our journalism. Learn more.

You can choose either chip for each machine; they offer up to a 12-core CPU, with the M2 Pro going up to a 19-core GPU and the potential of up to 32-GB of unified memory. Go with the M2 Max and you can upgrade to a 38-core GPU and up to 96-GB of unified memory for truly power-hungry tasks. Tacking on those upgrades dramatically raises the price, but thankfully, the base price remains the same for these laptops. The 14-inch MacBook Pro starts a $1,999 and the 16-inch model costs $2,499. You can order them now and they’ll ship on January 24.

Apple says the M2 Pro comes with 20 percent more transistors than the M1 Pro and doubles the amount of bandwidth when compared with the M2, from 100 GB per second to 200. Image processing is reportedly 40 percent faster on the M2 Pro over the M1 Pro too. All this should lead to improved performance across the board, but the proof will be in the pudding—we’ll have our thoughts on these devices soon.

Other buffs to the MacBooks include support for 8K/60-Hz and 4K/240-Hz external screens when you use the HDMI port, as well as Wi-Fi 6E compatibility if you have a Wi-Fi 6E router. Much else remains the same as their predecessors. You get the same great 120-Hz display, a durable build, and the improved port selection that includes three USB-C ports, HDMI, an SD card slot, a headphone jack, and a MagSafe connector. However, that means the things we didn’t like stayed the same. These 14- and 16-inch laptops are heavy, not quite the machines you’d want to tote with you everywhere. There’s still no Face ID either (only Touch ID).

We also weren’t thrilled about battery life, but Apple has somewhat addressed this in the latest model. Specifically, the 16-inch MacBook Pro has been bumped to 22 hours of battery life, up from 21. Not a huge boost, but it’s still what Apple claims is “the longest battery life ever in a Mac.” We’ll see.

Let’s not forget the new Mac Mini, which also benefits from the newly announced M2 Pro chip. However, unlike the new MacBooks, you have the option to outfit it with the standard M2 chipset seen on last year’s MacBook Air. The real highlight, however, is undoubtedly the price reduction. It’s now $100 less at $599, making it more accessible than ever. (If you need a more powerful desktop PC, there’s always last year’s Mac Studio, which is powered by the M1 Max or M1 Ultra.)

The new M2-powered Mac Mini has an 8-core CPU, 10-core GPU, and 24-GB of unified memory. Apple says you can expect 50 percent faster filter and function performance in Adobe Photoshop over the prior M1-powered model. If you go with the M2 Pro chipset, you can upgrade up to a 12-core CPU, 19-core GPU, and up to 32 GB of unified memory. Apple says this delivers 2.5 times faster graphics performance in Affinity Photo and up to 2.8 times faster gameplay in Resident Evil Village. It’s available for preorder now and also ships on January 24.

For all the new hardware Apple announced today, it has officially discontinued the previous version powered by the M1 chipset variants.

Special offer for Gear readers: Get a 1-Year Subscription to WIRED for $5 ($25 off). This includes unlimited access to WIRED.com and our print magazine (if you’d like). Subscriptions help fund the work we do every day.