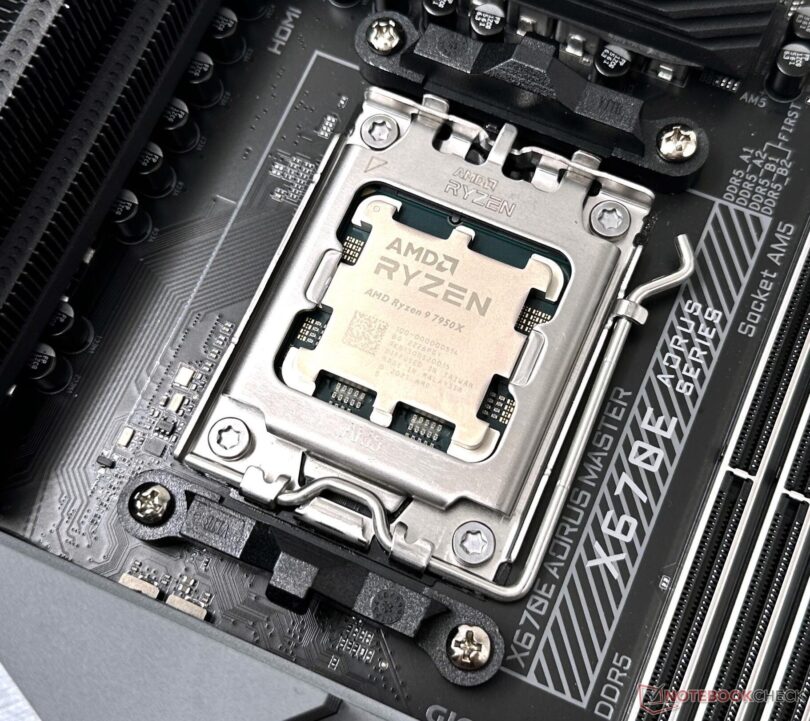 2022 has turned out to be a very interesting year for PC enthusiasts. We have seen Nvidia and AMD introduce their Ada Lovelace and RDNA 3 GPU architectures, while Intel and AMD take each other head-on with their Raptor Lake and Zen 4 Raphael lineups.

The AMD Ryzen 9 7950X presents a convincing option for anyone looking for a flagship mainstream desktop CPU to power their creative projects and pose no bottlenecks in gaming. The Ryzen 9 7950X performs on par with the Core i9-13900K in overall CPU benchmarks. Individually, some tests do favor the Raptor Lake flagship, but the differences are not drastic to be perceivable in the real world.

The AMD Ryzen 9 7950X and the Ryzen 7 7700X present a substantial upgrade over Zen 3 and ensure Intel’s Raptor Lake offerings do not go unchallenged. The option to leverage Eco mode without significant performance penalties is an icing on the cake.”

Both the Ryzen 9 7950X and the Ryzen 7 7700X are great for general productivity. The Ryzen 9 7950X seems to be a better option compared to the Core i9-13900K, if your workflow includes a lot of floating point math, as evidenced by our AIDA64 tests.

Eco is mode is perhaps the best selling point of this generation of AMD CPUs. The fact that you can get a pretty significant gain with a 65 W Ryzen 9 7950X over a 241 W Core i9-12900K is nothing to scoff at. Users looking for increased power efficiency for less-demanding workflows will find operating the Ryzen 9 7950X at 65 W can be up to 47% more efficient than at stock settings.

The Ryzen 7 7700X is already quite an efficient chip in its own right, but lowering the TDP to 65 W still results in palpable power savings. Gamers needn’t worry about losing a lot of performance at lower TDPs, since the single-core performance remains relatively unaffected.

Socket AM4 has been supplanted by the new AM5 platform, which brings with it native DDR5 and PCIe Gen 5 support. Unlike Intel, AMD chose to make AM5 DDR5-exclusive. DDR5 comes at a premium as of now, and it will take a while before pricing becomes more stable and comparable to that of DDR4.

You should also factor in costs of a motherboard upgrade — X670 motherboards often start around the US$400 mark, with fully loaded X670E flagships even crossing US$1,200 for the board alone. The good news, however, is that your current cooling system will most likely fit and the platform will be supported at least till 2025.

The imminent arrival of Ryzen 7000 X3D chips in the coming months presents an even more enticing prospect, and it can only get better from here.