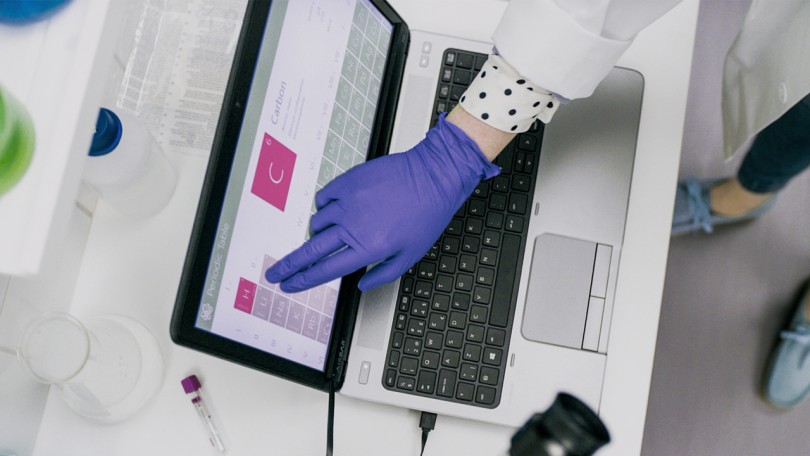 Latest high budget laptops come with many features, which also includes a touch-screen facility. And for Operating Systems like Windows8 or Windows10 having a touchscreen is a huge advantage, as they are made more touch-friendly.

So what to do, if you have a few years old laptop, which doesn’t has any touch-screen feature? You won’t go and buy a complete new laptop just for touch feature neither can your screen be replaced with touch-enabled screen.

Well there is a solution for you. A Sweden based company called Neonode has launched a usb-enabled computer accessory device called AirBar, which when connected allows you to perform touch-actions on your laptops. Neonode specializes in building touch-sense solutions for huge brands like Sony, Volvo, Amazon and many more.

AirBar is a small bar device which uses Neonode’s zForce AIR™ technology. Airbar device magnetically attaches to the bottom of the computer’s display. When connected to an USB port, it projects an invisible light field all over the screen that is used to track the hand/pen gestures and movements and send as input to the computer allowing you to perform touch activities.

The best part of AirBar is that you just need to connect it to an USB port and you are ON. It will convert any Laptop/Computer into a touch-screen device without the need of making any changes to the hardware. And more to that, as its a virtual touch, you can even use your bare fingers, gloves, or any other object.

AirBar is a plug-play device and doesn’t even need calibration neither any driver installation as well. AirBar will be available for multiple screen sizes. You can connect it to systems running Windows and ChromeOS (and it has only limited functionality support for OSX which means it doesn’t has any official support for AirBar).

AirBar is available for Pre-order which costs around $49 to $69 USD and will begin shipping from next month.