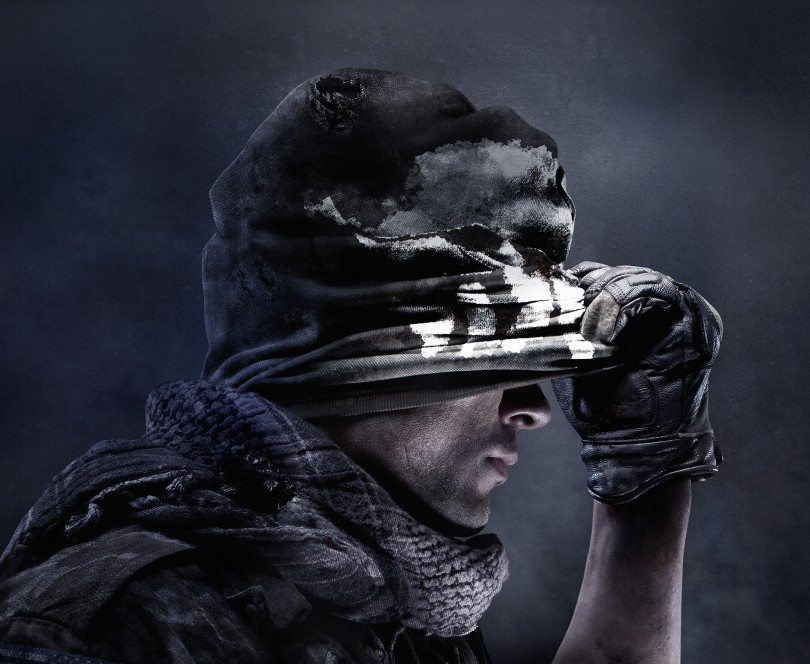 After suffering from an existential crisis after completely Witcher 2(reviews coming soon), I decided to move on and play COD GHOSTS. Its the 7th installment in the COD series and I cant control but say that the game is bug dissapointment right from its size to start to gameplay to graphics to story to what not. Hands down COD MW and COD BO still remains my favourite.

Graphics:
Let’s start with graphics for instance, just drawing and working on every hair of some painting doesn’t make the painting better, does it?? Game is filled immense amount of unneccesary graphics. Creating games good enough in graphics and not thinking of size is neither innovation nor skill, I mean , come on , the game setup is of 28gb and takes another 30 to install! Also game takes 2200 MB of memory while playing. The game wouldnt even start on system less than 6gb ram without a patch ! So I am supposed to pay 3899 for the game and then another 3k-5k for ram ???  What I am talking about is games should be like FARCRY 3, awesome gfx in less than 8gb!!
Story:
The moment you really connect to the characters, 20mins+ and the game ends!! looking at its 30 gb size the game is really really small. Its slight lenghty than a DLC. In the end you are left with the feeling you got after watching DIE HARD 5 🙂
Now actually about the story, its a brand new-somewhat dull and in no connection whatsoever with the previous COD.Its about 2 kids taking revenge of their fathers death. Also, there is a scene in the game which might be stolen from The Dark Knight Rises(The starting plane scene when Bane is resued).

Gameplay:
Gameplay hasnt even changed even a bit! Even after 8 years its still the same. Come on devs,  people already have a wife/gf or both which they cant change, they need change in the gameplay and in action and in your case , in lots of departments. I didnt go to control settings even once!! The minute you start the game,  just start walking and your previous versions of COD which you played like hell will help you on your way.Camera angles were great throughtout the cutscenes.Even the A.I. seemed to be the old one.The animation while changing weapons is few milliseconds slow, so luck changing to secondary instead of reloading.The multiplayer on the other hand would be little bit better according to me because of the graphics and the maps, didn’t get my hands on it though because of poor internet connection.The graphics are no doubt high end thats the only good point. Also, I did like the part where you take control and play as a dog (or take some help)!

In short, apart from the concept GHOST, this games lacks all the magnificence, jaw dropping action (Vorkuta, black ops), innovation, its just some story with a new game engine with size issues. Like Vass from Farcry said,“Did I ever tell you what the definition of insanity is? Insanity is doing the exact… same fucking thing… over and over again, expecting… shit to change.”

PS: I apologize that I couldn’t provide the real screenshots from my gameplay because I was suffering for AlTaphobia. (It is the fear of system not responding when you press Alt Tab ) and yes, maybe I invented this!